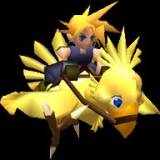 #1  Edited By kuchoco
OK, so I have been somewhat distracted the last couple of weeks with the amount of games I have picked up.  First I decided to trade in Soul Calibur IV and Battlefield: Bad Company towards Dead Space.  This is a great game and I can play it for a few solid hours without wanting to take a break.  Then, I talked my wife into picking up Rock Band 2 since she liked  the first Rock Band so well.  And finally, I managed to pluck LittleBigPlanet from the hands of a Gamestop employee two days prior to the delayed release date.

For example, last nite I started out by playing Dead Space for about 30 mins or so (completed the chapter I had almost finished the nite before).  Then, I had an urge to play some LBP.  Went thru some single player levels for about an hour and then decided to stop since the servers were still not working.  Finally, I picked up a plastic guitar and played about 2 hours of Rock Band...before this I had only touched the game for about 30 mins all week.  Considering (before last nite) I had already 3 hours of playtime on Dead Space and 4 hours of play time on LBP for the week, this is fairly unusual for me.  I usually get burned out on a game if I play it too much at one time.  But with each of these games, I simply cannot put them down.  They continue whispering in my ear (I suppose literally with Dead Space at times...) to keep on plugging until I can no longer bear to keep my eyes open.
What has this made me realize?  Well, I guess that no matter how good I thought some of the summer games were that the fall/winter games are even better.  I suppose the usual summer draught has been replaced with passable games that a few years ago would have been considered great games. The true test of our summer pasttimes are seen for what they truly are when the true AAA titles of the year start rolling out.  Again, MGS4 is a AAA game...but it is more like a summer blockbuster to me.  Heavy on action, sometimes a storyline you can go with or forget and a LOT of sit back and watch how cool it can be.  I prefer something that is going to engross me and want me to keep playing long after the game is over.
In the end, I think I am looking forward to a time when there are great AAA releases every season of the year...not just the near the end and beginning of the calendar.  It would at least make sure my wallet doesn't feel as much pain...
For my next post, I'm going to talk about my problems with LittleBigPlanet....at least after Dead Space is done and over with.
13 years ago