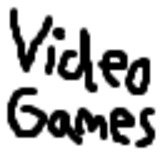 Looks to be a new expansion pack with a new, probably shorter, campign (I say this because the leaked acheivment list mentiones some new skulls I you get those in the Campaign)

So I just played the demo of Castle Crashers and although it was all right it just reminded me why I don't play these sorts of games. I can't keep myself playing when it's more or less the same thing for every level. Kill some dudes by hitting a couple of buttons repeatedly. This is the same reason I generally don't like Zombie shooters. Not only is it painfully repetitive but zombies may, quite possibly, be the most rubbish video game enemy ever conceived. For the most part they're usually slow and bumbling about and you can take them out before they get close to you or they're of the variety that just run and jump at you in some suicidal attempt to be mildly irritating.

I don't have a real conclusion to this so... the end!

I can't have spaces in my name? What sorta rubbish site is this? =P
Underscores look crap.