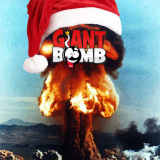 Complex/Rockets Podcast Ep. 54 - On the Charts and In Your Hearts

Join us for the first episode of the Complex/Rockets podcast in what we can only estimate to be nearly a decade. We feature mish-mash of the some of the hottest news stories of the past month; the classics, if you will. I also used our time away to finish off some games I left open while starting about a hundred more.

Complex/Rockets Podcast Ep. 53 - Phoning It In

After taking a couple weeks to decompress after PAX, Andy and I sat down at "the crack of 1pm" to discuss a few more things about the convention, as well as the games we've been playing. Also: special cameo-by-phone from Keith, as he tries to defend his decision to buy a 3DS on launch day. Games discussed within include: Dragon Age II, Trenched, LotR: War In the North, Crysis 2, the PAX East Deus Ex Panel, Dungeons & Dragons, and Chessmaster!! Sure, why not?

Posting this kinda late since the show came out a week ago, but hey we totally made a game of the year show! Andy, Keith, and I came to the table each with our personal top ten lists of our favorite games of 2010 to give each other grief about for two hours. We also discuss our favorite downloadable titles of the year, and our most anticipated games for next year.

Halo Reach came out; Andy, Keith, and I all finished the campaign over the following two days; and then sat down to talk all about it. Or more specifically, I shit all over and they sucked its dick. Good times were had by all. Except me.

Also in this episode: Red Vs. Blue: Revelation / Recollection spoilercast:

After the 90 minutes of Reach talk, Keith and I follow up with an hour of spoiler-laden Red Vs. Blue discussion, specifically the finale of Revelation, the newest RVB season that ended the day before Reach was released, along with talk of Reconstruction and Recreation, the other two seasons which make up the now-complete Recollection trilogy.

With all three Es in full effect, Andy Short and I sit down on Monday and Tuesday to discuss our overall thoughts on the three major press conferences of 2010. Check it out.

3D Dot Game Heroes is out! I played it! And then I talked about it on this podcast!

Special guest Jon Davies joins us for the second week in a row, as the three of us have all recently started playing in the Starcraft II beta. We record some of our initial impressions of the beta and along with some news about litigation over Sony's removal of the other OS function in the PS3 and what the Air Force thinks of that, a few game announcements, EA's new Online Pass system, and why it doesn't pay to be way into virtual rape. I'm look at you, Derek Littlejohn of Oakland, Pittsburgh Pennsylvania.

You've all been playing it, and so have we. The Halo: Reach beta has been out for a week now and we sit down to record all our thoughts on it, along with a bit of Super Street Fighter IV, the news of Bungie's deal with Activision, an Uncharted movie, and, what the hell, some Earth Defense Force 2017.

Keith is absent once again, but we are not alone! Returning guest Mark Goodwin joins to regale us with tales of how limited his ice cream choices are at UMass Amherst. We talk about Splinter Cell Conviction, along with some MW2 Stimulus Package. We'll also throw you some news about Halo Reach limited editions, Mass Effect 2 DLC rumors, McDonalds training methods, and a new flame in our hearts. And there's some sweet Blast Corps music. Listen to it!