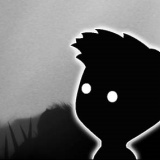 Last night was bad. I was on here for many hours trying to figure out that limited edition quest. It was so simple but I just didn't get it right away. Eventually, I managed to snap it up. It felt good...real good. I'm nearly Level 9, although now I'm kinda struggling on some. The concept is great for a website. I don't think Giant Bomb is the first to try this out but it's good they have.

I'm hoping they gather some of the trivia sections and make quests out of those. I think it would also be great to have a separate quests section, that members can create and share, although not following the same leveling up method, since this could easily be boosted otherwise. Props to the guys at Giant Bomb for making this website better and better. It must be hard work for a coder.

The train ride to a new home.

I discovered a beauty of a soundtrack from a video game a few months back. I've been listening to it recently and one track really stands out for me. For me, this is the track that does it for World of Goo. It's haunting, dark and beautiful. It's like escaping through the toughest of situations and finally making it to a new, more promising place. Listen to the epicness of a track, "Jelly"...

Kyle Gabler is the composer and the soundtrack he has made free on his website, for those who want more.
4 Comments

Somehow a bug I believe caused many to suddenly go to the top of the forums. Unfortunately, I wasn't there to see this. It seems I was flagged by a moderator, which somehow triggered a bug bringing my topics out of the grave. I'm still not 100% on this situation. I hope I wasn't compromised. I'm too sweet and innocent to be messed with. :)

I apologise on behalf of the 'bug' that caused this minor havoc earlier. Now, where was I? Oh yes, listening to the patriotic, intense, awesome Transformers: Revenge of the Fallen soundtrack. The score soundtrack by Steve Jablonsky (The Island, Gears of War 2, The Sims 3) has some good themes, including using an excerpt from Linkin Park's New Order track, as featured on the main soundtrack.

Not sure about seeing the movie, though. I'll wait until it is released on Blu-ray disc.

Beautiful is a term you can apply to many things. From babes to cars, paintings to skylines and many more. So, has anyone played through Just Cause? I originally played it on PlayStation 2 and boy, that was one ugly game. When I finally got it on Xbox 360, it was graphically much better. The experience is great but only on a system that showcases its beauty.

If you haven't played it, try to. It's a bit flawed at points but you can overcome these things. Just Cause is a huge game (well, mainly just trees and water) and something that really appealed was its soundtrack. It matched perfectly. For me, one track stood out very well and was much different from the other tracks in the game. The soundtrack is only available through the game's files unfortunately.

So, I will showcase you a preview of Just Cause's soundtrack. This piece comes in when you are skydiving. It's just purely beautiful.

I've been test driving Windows 7 (64-bit) recently and I like it. It's pretty much Windows Vista but with some cool enhancements. Some (minor) things I like:

I've been reading articles about Windows 7 and it seems whilst Microsoft promote this to be a major release, most changes seem to be minor. It looks like Windows Vista, it has user account control (the thing that pops up when making core changes) and many other elements too that were introduced in Windows Vista. It would be better as a service pack for Windows Vista. I would like to see some of these things come in the next service pack, although probably not going to happen, since Microsoft are not that nice. Although, one year of free Windows 7 - you can't complain!

If you've got Windows XP, then good for you (no, I'm not being sarcastic). That's a solid operating system and it's certainly going to be supported for some time. If you're wanting a fresh interface, enhanced security (whilst making some sacrifices) then go for Windows 7. No point getting Windows Vista now is there? Just wait for Windows 7. Suckers like me are keeping Windows Vista for a while, despite there being some interesting changes in Windows 7. Maybe I'll give in sometime.

Windows 7 (RC) is available now and you can use it for around a year, free. Around March next year, it will start to shut down on you if you haven't purchased the operating system. I have it installed on a different partition, so I can easily switch back to my other operating system. Good thing is, I can easily access my music, simply by adding the location from the other partition. Windows Media Player then picks up all those tracks, videos and organises them in your library. As for Mozilla Firefox, you can use the same profile as the one on your other operating system. So, switching back and forth keeps the same settings (and add-ons) throughout. It's a little complicated to explain but is possible. If I remember correctly, you can have this done automatically through an add-on (could just be bookmarks). Not tried any games but there could be some issues arise.

I recommend trying this out. It's very stable and available to download. It will last a year and you have the Ultimate edition. So, that's kinda cool having Windows free for a year, legally. If you're scared, then I recommend following the guide on Lifehacker (linked below). Everything is in tact on my main operating system and Windows 7 is treated separate. If you're interested in the Windows 7 wallpapers, you can download them here. I'll eventually get round to trying the new Ubuntu operating system too. Some screens to show off some parts of Windows 7...

(screenshots in gallery with larger views)

Would you buy a SNES?

Imagine this. Nintendo release a new, shiny white SNES for a reasonable price. OK - it may be dead in comparison to today's consoles but the SNES has a very special place in my gaming heart. Yes, I have one of those...somewhere. Sure - you've got the Virtual Console but it just isn't the same. The re-made SNES I dream of would have these existing and new features:


That's all the features I can think of right now. Yes, this is all fake, so don't go jumping on me and hurting me badly. Things I would like to be kept simple but new features, providing they are relevant would make this something good to buy. A console that would be reasonably priced - maybe at the cost of a PlayStation 3 or Xbox 360 game for this hardware. Why would you buy it, though? For me, it would be something I can easily find, something that would last a lot longer than the original console, something that just plain out looks sweet. With a few additional features, this surely has to be win?
22 Comments

So, I wanted something brief and fun to play over the week. I got what I wanted. Heck, I even got a movie too with it. This game somehow I wanted to to be enjoyable from start to finish. Unfortunately, that was not the case with Wanted, the video game. Like many titles I've played during my lifetime, they can often start off great and end up getting plain boring and annoying. Wanted was this type of game. The engine needs improvement, the developers should learn from mistakes.

There are three difficulty levels in Wanted. One for easy, medium and a hard experience. Now, no matter what one you choose, they near enough feel the same. It felt minor changing from one difficulty to the other. As you progress, enemies somehow get strong anyway, so really I see no point putting in difficulty levels. The first few levels are such a breeze to get through. I could just speed run my way through them. You can just knife everyone and never use your gun! How cool is that? If you have the demo, try it out. You'll see what I mean.

Wanted is my latest title to 1000 in (achievement points). Shortly before I finally got through Race Pro and completed all achievements for that. Now, I plan to return to Lego Batman and aim to get the last few bits in that, Mirror's Edge (although I will not be aiming for a 1000+ in this), Wheelman (going to get close but not all the way) and maybe watch Léon aka The Professional to the majority of you in the US.

That's my resolution at the moment. This is a typical resolution for a 19" widescreen television. Whilst it may seem small, I am currently fine with it. Until I consider purchasing a monitor with a bigger screen, I will stick with using my television at the moment. Luckily, this television has a DVI port, which I can use with my computer. There are HDMI converter things out there but that means making a little bit more room at the back of my computer (a little adapter thing has to stick out the port).

So, compared to 1024x768 this is a BIG difference for me. I don't know about you but I love my standard 1024x768 setting. It's convenient and I don't have to move my eyeballs from left to right much. Now, with 1440x900 I do but I should eventually adapt. I was playing Gears of War (PC) and it felt just like how I played it on Xbox 360 because of me using the same screen. It's a great title but there's nobody playing it online nowadays!

I should really blog more.

I was on Play.com and noticed they were selling hard drives.  I thought more storage cost more?
Why would you get a smaller hard drive for your laptop/PlayStation 3?