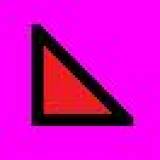 Another day on Planet Earth

Just a regular update to kick off my new Giant Blog!

Well, I finally crossed the threshold from boy to man. Yes, I have a job now, and I get my first paycheck next Friday. To all the kids reading this who think they want to grow up fast: no you don't! Life sucks, and while there's noone to tell you when your wrong, there's also noone to catch you when you fall.

And Fall you will. Deep, long drops. There will be whole weeks where you will be miserable. Months sometimes.

It's a dark lonely world out there...

But there is a light.

Enough rambling, you want to hear about my projects. Well, my part in Teufelhuhn's epic genre bending Jumpswitch is grinding along, although I have a feeling we're coming close to something tangible. We have a long road ahead of us, but the light at the end of this tunnel is starting to take shape, giving us glimpses of the final game to come. I'm officially excited.

GUFU: The Fanboy Within Episode 2 is technically "done", but I'd like to tighten it up a bit. Throw in some more mind candy. You know what mind candy is, don't you?

World Projects A and B are both coming along. B in particular is almost fleshed out, and now  I need to steal someone's Adobe Acrobat and make a PDF file.
World A, as always, trods along, but it needs new ideas, and I've run out of those lately. I wonder what Jechtshot would think if I....>_>

Both of the World Projects remind me why I loved RPGs so much back in the day. Currently, I'm bungling through my way through a game called Arcanum, which I have to thank RobbieH for putting me on to. Awesome game, but harder than Guitar Hero 3 on expert. Why? THE WORLD'S WORST COMBAT SYSTEM. Seriously, it's terrible, and the enemies are cheaper than the worst stuff in Ninja Gaiden (I won't touch upon NG2, since I've yet to play it). I've also been playing Fallout 2 again, mostly to try out the fanmade patch and "reconstruction" by killap (and any who assisted him). Incase any of you read this, Great work guys. All this talk of RPGS makes me wish I could make one...but alas, that's life.

GUFU Podcasts are now officially on hiatus due to record low turnout. Wasdie, my dear cohost, has moved on to pursue his own multimedia dreams that don't include me anymore (although you might see us work together in some interactive media....he and I have some great mod ideas we'd like to see executed). Fans of his work my want to scour the internet for his trailers of semi-obscure games World War II Online by Cornered Rat Software and Mount and Blade by Taleworlds. I hear he's also getting into machinma work too, but you'll have to ask him.

In conclusion, Too Human Demo = awesome.