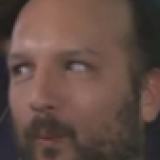 @larrydavis: yeah, i ment the monster and maybe some hunters?

I remember how angry everyone was at 2K for looking game contents on day one while it seems okay with Nintendo doing it.

Hunters came out almost 2 months later. I do think they're kinda overpriced, but they play really differently, and MKX's character DLC prices are pretty much exactly the same.

The monster didn't come out until that day, too. There was no actual day-one DLC apart from the skins. Post-release maps have also always said to be free. The outrage over that game has been completely baffling to me. But yeah, I guess Nintendo can do no wrong. Fight the power.

I find it very bizarre that people jumped all over Evolve for a perceived lack of content, but this is somehow okay. Maybe it's because the stupid optional costume DLC for Splatoon comes in the form of physical figures.

Or that it's way more fun to play what's available here.

Opinions. I thought Evolve was a blast, and definitely got my money worth -- I'm already bored with Splatoon. At least Evolve had 12 characters and 3 monsters, all of which played very differently. So far, it seems like Splatoon mostly appeals to Wii U owners starved for something, ANYTHING, new to play. I definitely am in that demographic, that's why I bought it, but there just is not enough here to justify a full release. It would have been a 20 dollar downloadable game on Steam or PSN/XBLA.

@ripelivejam: It really was not as crazy as some people (including those on the bombcast) would have you believe: as long as you knew how to play your class, communication was not essential. I never used voicechat, ever, and things went pretty well. But hey, now you can play it without fear of anyone talking to you, because there's fucking nobody playing! Hooray!

@giant_gamer: Not really? Unless you mean the monster pre-order bonus. I got the game for a net cost of $38 for preordering it anyway, so it's not like that's something I would hold against it. The "super expensive" DLC that everyone freaked out about were just gun skins that other players can't even really see, or monster skins that make them more visible, actually giving them a disadvantage. MK's Krypt unlocks/fatality tokens were way grosser, and Splatoon locks single-player levels (regardless of their quality) behind buying the Amiibos.

I find it very bizarre that people jumped all over Evolve for a perceived lack of content, but this is somehow okay. Maybe it's because the stupid optional costume DLC for Splatoon comes in the form of physical figures.

It's not the same.

Nope. At first glance it kinda brings to mind Ty The Tasmanian Tiger. And holy balls they made a lot more of those games than I expected.

Yeah, it was that sort of thing. It wasn't bad, but it's an incredibly bizarre choice for a remaster. My theory is that Nordic is just trying to squeeze as much cash as they can out of their recent acquisitions.

They also recently put out an Arcania port for PS4/Xone which is fucking hilarious.

The Witcher does not take place on Earth.

I support the adoption of Igavania instead of Metroidvania. Because Metroidvania is stupid.

Just sell the Silent Hill IP to someone else already, Konami, jesus.

I bet Werner Herzog would love the Souls games. The voice acting often seems straight out of his movies.