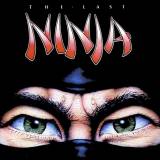 I think this mechanic will create an interesting fluctuation of resources that, as far as I know, doesn't exist in any RTS as of yet.

And btw I am super drunk as of writing this, so bear with me.

If XCOM then why not Syndicate?

I'm hoping they will actually do this, but are just waiting for the right time to announce it :P

Blogs Created:
2 blogs
Most Commented blog:
If XCOM then why not Syndicate?
Total Comments on blogs:
16 comments