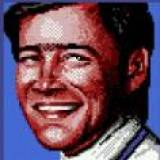 Lord of the Rings: War in the North is a great singleplayer game.

Even though I've been blogging less I still have been gaming a good amount. I recently got Lord of the Rings: War in the North on the PS3 and wow this game really surprised me with how fun it was. I couldn't put the game down for a few days until I beat it. It has its share of problems, mostly in the form of semi-unforgivable bugs because it was rushed by its publisher WB Games probably. There are a few bugs that are game-breaking, forcing you to have to restart your game due to you being unable to progress in the game. I didn't have it happen to me, but my friend did, and so have lots of other people when you search about it online. Also, It is marketed as a 3 player co-op experience for online play, however the game seems to handle lag terribly and is pretty unplayable online. That saddened me as I looked forward to playing this online with 2 other guys, but playing it in singleplayer was really fun even still.The computer controls the 2 other co-op partners in the game, but they have an acceptable level of intelligence for video game AI and you can order them around a bit and make them act slightly less dumb.

I am a fan of the Lord of the Rings world. I found the movies to be so-so after re-watching them for the 2nd time recently. I read the book The Hobbit when I was in the 6th grade but dont know how I would feel about it now and I never read the rest of the books because the movies came out and ruined the story for me anyways. My opinions about the movies and books doesn't matter though since I am just a big fan of the setting of the series. I like the whole middle age era with crazy magical sh*t going on thing the series has ha. The enemies and villains in the Lord of the Rings are just so awesome too.

The above paragraph, although a bit of a tangent, does relate to how I feel about the game. The game does a great job of making you feel like it's part of the Lord of the Rings universe. It feels like the quality of a movie almost in the story and voice acting. It tells a tale of a dwarf, sorcerer, and ranger that is supposed to happen at the same time as the main story of the Lord of the Rings. It was cool to go through a new adventure rather than the same one from the books and movies again.

I am a big fan of the Two Towers and Return of the King games on the Playstation 2 and Xbox. They had great combat systems, cool level design, and nailed down the feeling of the Lord of the Ring movies. Lord of the Rings War in the North surpasses those games even imo. The combat doesn't use button combination style combo's like those older games, but feels actually more like a beat-em-up. You mash light attacks on enemies until and indicator pops up that lets you do critical hits. I've been told that the combat system is similar to the newer Batman games, even though I haven't played those myself. This combat system has healthy amounts of gore in the style of awesome beheadings and limb severing though ha. You also can shoot projectiles with your crossbow, and as you level up your character you unlock lots of special attacks that you can do easily by pushing two buttons together. The pacing in this game is really good too. The environments and enemies you fight change right at the best moments, right when you feel like you are almost getting bored of things. One other thing that keeps the game interesting is that you find tons of new weapons and armor throughout the game. You are rewarded for exploring the less obvious areas in levels with treasure chests and other goodies that help you a lot in the game. There are tons of different weapons to choose from and they alter your play style quite a bit which is nice since it gives the game a lot of replayability.

I wasn't expecting much from this game as it had fairly low reviews and I knew it would be a bit buggy. Despite the bugs though I had a huge amount of fun playing it as a singleplayer game. I would highly recommend this game to play offline either alone or in split screen. YEP, this game actually has at least 2 player split screen and seems like it would be a great local co-op experience. If you are looking to buy this game to play online, I'd not bother as its online mode seems to not have been tested enough and cannot handle the slightest bit of lag before things get unplayable. It is a shame since the core game is really well- made.

Tip-toeing my way into the world of Anime...

I've always disliked anime. The way that animations were so choppy on purpose always annoyed me. I disliked how most characters in anime look identical except for their haircuts. I never enjoyed the over the top voice acting I'd seen on the few animes I'd looked at.

However, I'd realized I hadn't seen to many animes, so maybe the ones I had looked at were just garbage and not representative of the entire genre. I also was told that in general English dubs are terrible, and yea the voice acting was a huge thing that annoyed me before.

My friend suggested I watch Cowboy Bebop and I had downloaded it and had it sitting on my hard drive for months. Finally started it a couple weeks ago and wow I really really like it. The story, dialogue, and voice acting are all really good. It could pretty much not be an anime, all the stereotypical anime things that normally bother me are missing in this show or are toned down to the point where they don't bother me. I really enjoy the setting as well. Watching space bounty hunters is always cool. Show has a good sense of humor too.

I also watched the movie Spirited Away. I liked it, but at the same time it annoyed me because it had a lot of the typical anime things that bothered me. Thought the voice acting was decent, but annoying sometimes, especially the main character. As beautiful as the art style was in that movie, the animations were really choppy and it bothered me. I know that is supposedly the style of Anime, but just seems lazy to me to have such choppy animations. But overall, I liked the movie for its weirdness and cool visuals. It was targeted at younger audiences too, so I probably enjoy Cowboy Bebop much more since its for adults.

I registered here on giantbomb when it first started up, but I sort of stopped using it much and just stayed on gamespot for my blogging needs. Gamespot has been deteoriating at a very rapid pace recently though, in regards to the user/blogger community. As a result I am going to try posting my blogs here too. Im hoping gamespot gets its shit together for the community features, but it's not looking as that is a priority anymore sadly.

I've been playing Vanquish on ps3 and Jesus rocket propelled Christ that game is awesome. I just love zooming around with the rocket boots in that game. It feels like such a different experience from the typical shooter. You have to dodge and zoom around like a lunatic to avoid all the missile and other crazy shit the evil Russian robots hurl at you. The game runs amazingly well too the frame rate never slows down even with all the robotic chaos going on. I think the main character of that game is going to get lung cancer though. Guy pops a cigarette into his mouth every 30 secs.

I also finally got Megaman 3 on the NES. I've wanted that a long time. I've managed to kill 2 bosses already. Snakeman (or was it serpent man?) and Topman. Feels so good when you beat a boss in that game and steal their powers. FUCK YOU SNAKEMAN AND TOPMAN!!!


So yea today I was unplugging something from my surge protector (you know the thing that lets you plug in like 10 things) And I stupidly touched the metal part of the plug as I was pulling it out and got a nice shock. That was the first time I have ever been shocked and it doesnt feel that amazing. Kinda feels like that crap feeling when your arm is asleep really bad. When it was first happening I was like "wtf is this, o im getting shocked, that sucks ass"

Well besides being a dumbfuck and getting myself zapped today I picked this up for gamecube it looks interesting. $8 used at gamestop.

I also picked up a gamecube to gba cable so I can use my gba to play games on my gameboyplayer and a ps2 controller extender for 3 bucks used. I hate gamestop but they have good used junk every once in awhile.
4 Comments

This is not a blog, do not read

Blogs Created:
5 blogs
Most Commented blog:
Tip-toeing my way into the world of Anime...
Total Comments on blogs:
133 comments