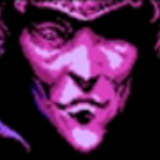 EB Games Real Life Eavesdropping Comedy: Paraphrasing An Excerpt Of An Overheard Conversation Between An EB Games Employee And An EB Games Customer

A Play Based On An Actual Event That Took Place

CUSTOMER - A man seemingly interested in some new release titles both upcoming and current.

CUSTOMER: "God of War and that one with Jack Black"

SALES CLERK: "Oh yeah.  That's all I'm playing right now.  Brutal Legend.  If you're like me and love the '80s rock like Led Zeppelin it's great"

CUSTOMER: "Led Zeppelin's on there?"

SALES CLERK: "I haven't unlocked it yet but I know there's some on there"

The conversation moves towards being about the real-time strategy style portion of the game. Where it's The John DiMaggio Characters Game and it's Wakka/Bender/Marcus Fenix working together in a Kingdom Hearts type crossover setting and you're going through Spira/Futurama/wherever Gears takes place just Doin' Thangs™ involving other characters from each respective franchise and a villain alliance/plot etc.

-or if the sound doesn't load properly-

Rememberin' That Curly Mustache Video With The Scoop Pringle Funny-Dazs

- Findin' out it , after usin' the "toothpaste trick", that the reason the game doesn't work properly on the 360 is shoddy software emulation that won't get fixed ever.

- Considerin' returnin' it but not becuase it's still a collector's item and if I wanted to bust the Xbox Xbox out of storage I could.

- Not worryin' about it for a while.

- Findin' out on Giant Bomb that they're going to do an XBLA release.

- Decidin' to cut your losses with intent to trade in the disc copy for a points card.

The Jimmy Buffet pack totally opened the door for this to be possible.

1. His real name is "Edward Mahoney".  This name in conjunction with "Eddie Money" wields a strong comedic effect.
2. He appears in this awesome cable access clip.
3. He was a cop before his music career took off.  When I was making this list in my head I thought he was a security guard and I was going to say all great bands have former security guards.
4. "Shakin' " was a smash hit success in Guitar Hero Encore Rocks the '80s.
5. Doesn't this look fun?
6. He has at least enough memorable material for a 3 pack.  Who doesn't love Gimme Some Water?