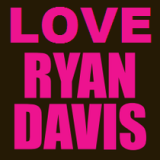 Microsoft offered us a shitty deal

Microsoft's original Xbox One policies were compared regularly to other online DRM: Steam, Kindle, Apple App store, Netflix, Amazon. I wanted to talk about those services and how the DRM deal they offer is different than Microsoft's.

iPad apps have DRM, but once on my iPad they will theoretically stay functional as long as the device does. They never need to phone home. They work without internet. Apple could blow-up tomorrow and those would still work.

iPad apps are also not tied to a specific hardware. iPad 1 games work on modern iPads. All past software are support on new software/hardware. Because of this, it is in Apple's best interest to continue giving me access to the older software - it earns both my goodwill and allows them to sell me more stuff.

The day after Microsoft stopped running the Xbox One's servers, its DRM would have made everything I purchased fail. It doesn't matter which system I use it on - my primary or a secondary - without verification, the games go away.

Microsoft also has shown a dismissive attitude toward backwards compatibility. The 360 poorly supported some old games; the One doesn't support them at all. Based in that policy, there is little incentive to keep servers up long-term. EA already turns off old multiplayer servers - I do not trust Microsoft to continue supporting Xbox One games on old hardware, long after it's ceases to make them money.

This is a similar deal offered with Steam or Kindle books.

Netflix is an all digital service that goes away as soon as either your internet fails or Netflix closes. On the surface, it appears similar to Xbox One. The key difference is tied to cost and hardware. I can pay $7.99 a month and get access to everything Netflix has to offer. It doesn't matter how many or how few months I've paid into the system. It's a flat exchange: $8 gets you everything. An exchange we renegotiate every month, but it's clear.

With the Xbox One, the exchange is both more costly and less clear. You pay $60 per game, that will last for some unforeseeable distance into the future. Consoles are good future investments - your NES carts still work in your NES system. We used to only have to trust our hardware - if you keep your 360 work and the discs in good shape, they will last a long time. The Xbox One requires us to trust Microsoft will keep those servers going. It's easy to say today that this will likely happen for a long time. But we'd have said the same thing about SEGA only a few generations ago.

Also, as with the Apple example above, Netflix isn't tied to a single piece of hardware. Thus making it more likely to outlive this generation of consoles than Microsoft's support for Xbox One.

Microsoft offered us a deal that is one of the worst in recent history toward DRM. With other options available, it was easy to pass on that bad deal and go with those who had better terms.

Art is Not Passive

Shamus Young of Twenty Sided recently posted a video about video games as art.  What follows are parts of comments from user Veylon:

I’d say that video games are not art. They contain art, but they are more of a tool. You watch a movie, look at a painting, read a book, or hear a concert. All these are passive activities. You don’t take a painting down and do stuff with it, nor are you required to edit a book to appreciate it, or have to yell and wave your arms in order to take in a movie. But you do have to take action in order to play a game.

Certainly, some games near the line between tool and art, but those are the games where the player does little more than watch what happens. Your input is not appreciated, except to push the button to cause the next art bit to pop up. Cutscenes are movies that interrupt the game; you put down your controller and watch. Why else are quicktime events so annoying than because you are busy experiencing the art and not expecting to have to play a game?

This is a new argument to me.  Veylon is arguing that art MUST be passive, that by interacting with it, you remove its “artness."  Not only do I disagree, I think it completely misses the point of art.

I think art is BEST when art demands something from the viewer. The best movies are ones like Memento, which requires the viewer to pay attention, analyze the action, and leaves enough unsaid that the viewer has to make the final conclusions hirself. A good painting requires you to consider what it means, why it was created. Great books are more than just the words on the pages; they are the intent, philosophy, and substance behind the pages. Video games can be all that in more, since they ask of the player to actually DO the things that were just passively watched in other mediums.

I’ve said it before, but it bears repeating: I believe in the broadest possible definition of art. All video games are art, just as all paintings are art, all movies are art, all music is art. Any creative process can create art.

I’m not claiming that video games are  without art, only that they  aren’t art.

To me, that is like saying it is the paint that is the art, but the canvas isn’t important. Or that the lyrics of a song are art, but the song itself is not. Or saying an actor’s performance is art, but the movie is not. The components themselves might be art, but to deny the whole as art seems cognitive dissonance to me.

Much like movies, video games are art in composition. Movies are made up of acting, pictures, music, plot, characterization, landscaping, and design. And each of these components are used as evidence to evaluate the “artsiness” of the piece. But even if only one of those is great, it does not stop the rest from being art as a whole.

Consider all the examples of artiness people have been posting in support of the “video games are art” assertion. They point out acting, pictures, music, plot, characterization, landscaping, design. What they  don’t point out is the gameplay, what lies at the very core of a game being a game . . .

. . . My essential point is that art happens to you, with you as an observer.

Most people do not discuss gameplay as art because it is not in our standard “art language.” Mostly because it is unique to video games, and as such, we have not yet built up a level of critic for it (just as we had to do with movies, television, and even novels at their inception). But just because it is not discussed does not make it not art.  The choice of HOW you interact with a game is vital to the experience, and can enhance or distract from that experience. Watching Indigo Prophesy is very different from causing those actions yourself. The choice of how the player interacts with the world (moving the sticks to simulate the real world action), is brilliant.  It connects you to that action is way that watching never will.  DOING is always more powerful than WATCHING.

And that’s the crux of it for me. Veylon is saying that art is something that happens TO you. I say art is something that happens IN me. The most important thing that art does is make me feel when I see it. What does it make ME think about. My reactions and experiences relating to art are its greatest strength. And the greater the interaction, the greater potential of that experience. Passively letting it happen to me seems to be weak by comparison