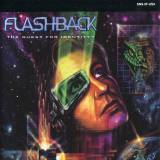 They definitely should have fixed it, but expecting everyone to be a doctor that specializes in epilepsy is pretty fuckin wild. Every game has epileptic warnings, it's not the developer's fault it was there. Once they knew, they fixed it.

I agree with you! I really despise certain segments of the internet these days!

@bigsocrates: I don't know what intro you did but the streetkid version has someone sit next to you with just the most incredible shot of that weird ass burger and I was transfixed by it.

Is this graphics? Is this the future of the burger?!

I would like to remind both of you of the bacon egg and cheese biscuit (I think that's what it is?) at the beginning of Resident Evil 2. That's much better rendering of greasy, sloppy food.

Anyway, the game itself is good. It's a culmination of the past decade of AAA open world game design, with a bit of latter-era Fallout character progression and a tiny sprinkling of Deus Ex, frosted with a Blade Runner aesthetic taken to the extreme. What it isn't is the second coming of Deus Ex; it is not a definitive cyberpunk masterpiece. It's really, honestly, truly nothing more and nothing less than a well put-together open world crime game. If you've got the hardware for the job, this game's visuals might make your jaw drop, otherwise it feels like it's just good entertainment.

If you're on the fence, ask yourself this: Would you go buy a new GTA game if it came out today? Yes? Then this game is probably for you, provided you're OK with a buggy game. If you say no, then I'd advise you to wait for a sale.

I do have three major complaints outside of graphics, though.

1) Dialog. Do not give me dialog choices if all of them are roughly equivalent. V saying one asshole line and V saying another asshole line and getting the same response is garbage. There is choice in this game, and some of it seems to significantly change the outcome of a situation, but 90% of the time the dialog choices you make don't even change your tone of voice or what you're trying to get across. I don't need two variations on the same thing.

2) Junk. Just don't let me pick it up. I don't care that there's a CD worth $2 laying on the ground. I'm tired of games where you do a five minute fight, spend five minutes sorting through junk on the ground, rinse, repeat. Just let me automatically pick up ammo, automatically pick up junk when I walk near it if it must be in the game, and only flag items of actual interest. If it doesn't mean anything to the mechanics, narrative, or worldbuilding, then it should be set-dressing.

3) The hacking minigame. Can we all agree that hacking and lockpicking minigames almost always suck? I mean, Deus Ex HR and MD got it right, but I don't think anyone else ever has. Can I please just pass a skill check and move on?

For many of those who actually know the cyberpunk universe and lore it most definitely is the definitive cyberpunk experience. Nothing even comes close.

I freaking love it, it's exactly what I expected.

1060 3 gb and the performance is fine so far, no bugs so far either

Could you imagine? "Good news, Giantbomb staff. We're letting you back in the office to get anything you left behind from before the Covid outbreak... Also take everything else with you because we sold you off and you don't work here anymore."

That would be terrible lol

If employees/ex-employees feel like they have been mistreated it is on them to seek compensation. Not gamers that have no actual insight with regards to the working conditions.