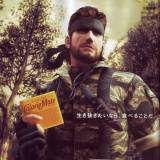 The saying is indeed true: Absence makes the heart grow fonder. I think that's the saying, isn't it? No matter, even if that isn't the saying, it's still true. I'm not sure why, but the past generation was a continuous buy-trade cycle for me. Rentals? For the weak and poor. You buy the damn game. Like it? Keep it. Don't like it? Sell that SOB not even a week after buying it. Looking back, that was the stupidest thing ever and I probably threw away huge amounts of money. However, the biggest lose was TAKEDOWN. I TRADED IN THE BEST RACING GAME OF THE GENERATION DAMMIT. Now, probably around 2 or 3 years later (forgot exactly when I traded in the game; it certainly wasn't a week after) I finally have the game in my hands (not really) thanks to the Xbox Originals stuff on the XBLM. Yeah, I could of probably gotten it cheaper used at Gamestop, blah blah blah. Fact is, I have the game and it still FRIGGEN ROCKS.

Takedown is, to me, still the perfect Burnout. Revenge took away some of the absolute rush thanks to traffic checking and Paradise is just too damn big and requires way too many puases to look at the map (for some reason I can't get it through my think skull to memorize the map). Takedown is the epitome of Burnout games: 6 super fast cars and a whole mess of traffic. It still brings such a visceral rush that few racing games bring to the table. Maybe it's because I was raised on arcade racing games? I still remember my dad taking me to the arcade back in my younger years and all I played was racing games and pinball machines(I wish I could remember the actual titles). Whatever the case, Takedown still rocks man. It rocks mad hard, duuude.

But, no matter how much I love this game, screw DJ Stryker. "DUDE CARS GO FAST THEY CRASH AND STUFF HURR HURR HURR MY EX-GRILDFRIEND TOLD ME TO STAND ON TOP OF A PARKING LOT". Dude can go to hell, STOP INTERUPTING THE RAMONES OR FRANZ FERDINAND FOR CHRISSAKE. It's bad enough I have to cycle through horrible songs by the likes of Fall Out Boy to get to the good tunes, but to hear his annoying voice every minute or so is just a huge piss off. Yes, I know you can turn him off, but for some reason I won't. Maybe a secretly love him? Maybe I'm too busy swearing at my rival racers? I'll go with the latter.
1 Comments