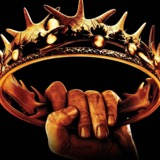 So with the rumors of Epilogue DLC a possibility, the slight reference from Zeus about Kratos' brother, and just sheer excitement from how epic this game was, I have come up with a way to transition into a new trilogy.

After beating the game and watching the credits, you return to Olympus and see that Kratos' body has disappeared and there is a streak of blood leading off the cliff. So my theory was that Kratos' brothers soul is finally released after the death of Hades, and he brings back Kratos because he believes it is his right to kill him and not the gods. So he tortures Kratos until he is about to break, and Kratos sets off to kill him, despite being heavily broken. The brother can bring the Gods and Titans back and use them like puppets to fight Kratos.