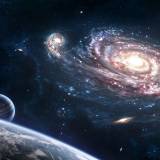 Who cares? Valve is notorious for delaying their games; however at least they get the job done. Personally I would rather a polished game as opposed to something half baked like Alpha Protocol.
However with that being said. Whenever Valve releases a title (at least since the steam platform has been mainstream) there has been compatibility issues with certain system configurations (maybe less than a quarter of all users experience this).

My question is this. Would you rather a polished game that is compatible with multiple configurations upon release in April or one with additional content and the compatibility at a later date?

Essentially... would you be willing to wait longer so that everything works properly from the get go, so that  no matter what system you're going  to play the game on, you get the full experience.

I know I would.