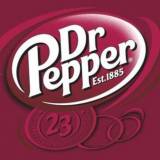 So. I'm really close to the end of the game. I just finished the boss battle with ivy, and joker invited me to the party. While trying to navigate there, I accidently went to the batcave. I have been trying to find a way back to the main island for over an hour now. I've been leaving through the opening in the wall that you used the ultra bat claw to break through. But when I follow that path it either leads me in a circle back to the batcave or through a vent

The vent takes me back to the sewers and I can go to intensive care, croc's lair or the main sewage platforming part. But I can't go back up to leave through intensive care cause of the elevator. Croc's lair goes nowhere. And if i try to leave through the main sewage port to west arkham, I can't pass through the electric barriers. As far as I can tell the plants are blocking the way to north arkham too.

I'm playing on the xbox360, off a disk. Is there a way out of this? or am I just stuck forever. I was really liking this game, but If I just broke it, this will probably prevent me from wanting arkham city. So please please help me if you can.

I don't know what to do, and I need a place to vent

Hey, thanks in advanced to anyone taking their time to read this. I just don't know what to do and I could use someone to talk to. I don't know what the hell is wrong with my brother. He drank a bottle of gin and took 7 pills of Xanax. My mom tried to make him stop and I don't know what he did but shes scared and frantic. And he said he wants to kill himself to make things better for everyone, like being able to give me money for college and a bunch of stupid shit.

He pretty much blamed everything on my dad, and broke his heart. I was barely able to convince him to go back, and stop him from taking more pills. I was a few hours away from home, this entire time so all I could do was talk on the phone, and I'm still a bit drunk. I didn't know how to react, at first i tried begging him to stop, then when he said he's my older brother he knows better, I cursed him out and told him he was being selfish and he threatened me and hung up.

I don't know anymore.... My parent were able tot get him to stop, and he didn't take the lethal amount (he was 1 under) but he was drinking with them so I don't know...Shit.

Does anyone have any advice on how I should deal with this? I love my brother to death, but I don't know what to say to him when he sobers up tomorrow. Thanks for taking the time to read this dumb blog... I want someone to talk to about this. god dammit....

Anyone else disappointed with Anders?

I remember I liked him so much in dragon age awakenings. But the new voice actor for him really bothers me. He was like a funnier version of Alistar, but now I dunno, he jsut isn't hitting it home for me anymore.

Has anyone else realized this trend? I mean it seems like so many ips might be coming to a close, or at least dangerously close to becoming milked. I mean... Mass Effect 3, Gears of War 3, Uncharted 3, Killzone 3, resistance 3, MVC 3, Fear 3, Assassin's Creed 3,  hopefully Diablo 3, and probably a lot more.

There are also in general and even larger amount of sequels coming out: Dragon age 2, dead space 2, little big planet 2... etc. I'm just worried cause for every new ip game coming out next year(bullet storm... I guess we can count the re-boots of deus ex and x-com) there seems to be like 3 times as many sequels. Now I understand that companies don't want to take risks on an unproven franchise, but going back to the whole trilogy thing, this seems to be the end of a lot of the major established franchises.

Do you think 2012 will mean the dawn of new ips? Or will companies just take the safe route and start milking their games away?

Why are they different prices?

is there a reason gamestop was charging a 20$ difference between the two versions of the game?
8 Comments

does anyone have their shirt yet? Its been 2 weeks already hasn't it?

I need help with the whole video download thing.

Maybe I'm dumb, well actually that's very possible, but As a member we get to download videos right? So when I click the download tab under the video, it takes me to a different window with just the video. What am I doing wrong?

So how many other high school kids are doing this?

Well, I don't have a job, just a lofty allowance. And, what money I was have, I'm dividing it between video games and a social life. well its leaning more towards all the fall video games at this point. And I just spent 50$ of my video game money, on the whiskey media subscription. I hope it was money well spent. any one else spending money they can't afford to be spending on this subscription?

Its that time again...

So everybody.... Summer's over huh? Whose ready to go back to shcooooool? lol. I hate it too. lol. So who else has to wake up early tomorrow and brave through a long boring day of wishing it was still summer?

So I decided to re-play Mass Effect, and until now, I had completely forgotten how badass the end credit song was (M4 part 2 by Faunts) What are some of your favorite in game songs? I'm predicting a lot of people pick the song from red dead redemption.

Blogs Created:
18 blogs
Most Commented blog:
Have you ever bought something to make yourself look cool?
Total Comments on blogs:
452 comments