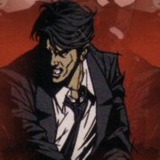 Already got my Santa Hat made a couple of years back from TheManWithNoPlan (thanks again for that!) so I'm set. But it's always great how many are willing to churn out those santa hats every year.

I thought the story stuff and Lara as a character was better as a whole in the first game, but the second game is an improvement in all other respects. It also has some of the most fun combat out there and more proper tombs this time around. The DLC (the first wave stuff, haven't played the other stuff that came out when this collection did) is short but fairly fun. The Endurance mode was especially note worthy since I dig survival stuff but it's wrapped in the already fun game mechanics.

@dharmabum: I was going to grab the Microsoft store version but since I already have a grip in my Xbox wallet I just grabbed the one on the Xbox Store, really looking forward to playing it.

Have already grabbed Xcom 2, Wolfenstein: The New Order and TMNT: Mutants In Manhattan (not the best game but my friend and I get to nerd out over TMNT and beat up on some foot soldiers, already worth the investment.)

Waiting to see how else the sale progresses, probably going to be jumping on stuff last minute since I'm waiting to see if anything new is added on Saturday/Sunday. Trying not to go too crazy since they usually have a Christmas sale of some sort too that is usually pretty alright.

Overwatch and Gears of War 4 are what occupy my multiplayer shooter time. Although in the case of Gears of War 4 that is only in the playlist where human players play against the AI in competitive mode. I'm fairly decent at Gears but there is a lot of the time I can't hang with the players that have played a lot of it and end up getting frustrated. The human vs AI competitive mode is a great way to get a taste of competitive gears and not get absolutely creamed, I'm really glad it's a feature in this game.

With Titanfall 2 already having decent sale prices already, I might pick it up and slip it into the rotation.

Playing 4 first, even if to just get it out of the way is a terrible idea. There are a lot of things I don't like about Fallout 4 and wish were better but since it has the most refined shooting/controls in the series. Playing 3 or NV afterwards will make the combat feel clunkier then it already is so I definitely advise not doing that.

Between New Vegas and 3, New Vegas is the clear better game in a lot of ways but since you have never played any of them, I think 3 would be a totally valid first choice then New Vegas. 3 is a game I have liked less as time passes but it is still by no means a bad game and is a fine introductory into this part of the franchise (I'd say actually play Fallout 1 and 2 first but I understand why one would not want to) and by playing it I believe you will have an appreciation for NV even more because the improvements to just about everything will be super apparent, not to mention the writing and world building. All games have something about them that makes them worth playing (with 4 being the hardest to go at bat for in my view) in one way or another.

So I would personally say go in order from 3 to NV and then 4. Space them out though, unless you just absolutely fiend for RPG's I would say don't play them one after another. Space a few different games between them and play the next until you have beaten them all.

My biggest problems with Ubisoft games are the same problems I have with a lot of open world games and that's repetitive and boring mission design.

In other words context is important but not as important as gameplay. At least in a sandbox game. (didnt mean to rant, apologies if i went a bit off track)

Completely agree but with some caveats. By and large I don't think Ubisoft tells absolutely terrible stories (some are better then others to be sure) and do like it when they get "weird." Seeing a cutscene to move a story along doesn't bother me or upset me because I don't get to "express" as Serge Hascoet put it. It's that most of the time said mission design in Ubisoft games is either very run of the mill/boring or aggravating. I enjoyed the hell out of Black Flag, I even enjoyed it's story beats but there were many times when main story missions had "follow this guy! Eavesdrop on this guy but don't get seen! etc" and that was the problem, not the fact that I had to see a cutscene but that I had to fulfill a boring ass task.

You could still have your story beats, and cutscenes but give the player many ways to solve a problem in that mission. I don't think throwing out the baby with the bath water when it comes narrative and hand crafted elements is the way to go. Cause some games that have touted tell your own story can easily have moments of a lot of dead air and just wandering what the fuck to do. Highest highs but also lowest lows kind of thing. I'd like to see a mix of these type of game philosophies personally.

Still, we'll see what happens with that next AC. I enjoyed Syndicate but that series could definitely use a shake up and this new direction might exactly be what it needs. But I do at times get wary when developers tout "Emergent Gameplay! Tell your own narrative! Anecdote factory!" as if it's some type of cure-all.

I'm going in on Xcom 2 for sure. I'll wait for the next batch of deals to hit on the 25th until I get anything else. Pretty tempted on Deus Ex and Titanfall 2 but I want to see what else is on offer before I jump on those just yet. It's a long shot since it just came out, but I would jump on Watch Dogs 2 for about 45 in a heartbeat.

Cold hard cash (and clothes!). I prefer to have my games digital so getting cash and buying Xbox cards and getting games digitally is how I prefer it. Still, I've been debating building a PC lately so I might try to get a few computer parts and just hold onto them even though I technically don't really have room for a desktop PC at the moment.

Maybe a solid state external drive for my One where I'd like to put a few select games I play regularly for better performance. Like most years I imagine I'll just want cash and be perfectly happy for that. I've kind of become a boring person to shop for Christmas wise when people ask me if I want anything specific or something not the "norm"

As for games, I might pick up Watch Dogs 2 this holiday season but I have a back log of stuff I want to get to (I really need to get around to beating Fallout 4) so I'll probably just be making progress in that.

We got about seven groups of kids this year which was kind of depressing. There was a gap of two to three years where we barely got any then the last two Halloweens really picked up and this year it slowed down again. When I was a little kid my neighborhood was always packed, so it's definitely gone down in a noticeable way. It really is a bummer. I feel the saddest for my dog though, she's a very gentle and easy going dog who loves people and adores the attention and pets she gets from any trick or treaters we get at my door.

Fallout 4 felt like a very safe game. A friend of mine who is less harsh on F04 then I was would remark "man, they sure made Fallout 3 again" while playing it and experiencing the story beats. Then it gets a little murkier depending on how you feel about the franchise as a whole, I cut my teeth with the older games so my past experience with the franchises colors a lot of my feelings. It also doesn't help that the biggest thing they added, the settlement building tends to be a you either like it or you don't sort of thing. I wasn't a big fan and it made the wasteland super uninteresting when it came to towns, the game relegated it to you and even if you did dive into it, the places you could make can look impressive but don't have a lot of depth when it comes to actually doing things with them.

So it was both a very safe incremental game while also being a misstep in certain areas depending on who you ask. The core story being poor, voiced protagonist not sitting well with role players, and less than ideal changes to the dialogue system, too many radiant quests trying to fill the quest void etc. It all added to a death of a thousand cuts kind of thing. Fallout 4 was also the entry where a lot of people were less than forgiving of all the Bethesda standard jank. I wouldn't call it a terrible game by any means cause exploring that world can be fun (and I liked the weapon crafting too) but it had a lot of flaws.

I'm not the biggest Elder Scrolls guy and Skyrim had it's detractors but it seemed to push the series in interesting ways and making quality of life improvements.