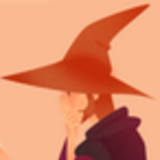 @efesell: I can see how that could have been the goal, but gacha still seems like one of the worst ways to implement it lol

I dont necessarily agree with the opening bit (I would argue that in the last 5-10 years weve seen a lot of JRPGs that are targeted to mainstream audiences, I think the dearth of JRPGs was mostly a 00s thing), but yeah the biggest issue I had with this game is how many systems it has, and how so many them end up feeling useless after a long time.

Like I forget the exact mechanic, but theres the thing where you build up your meter and do big combos with your blades, and once you master that, theres little reason for you to do pretty much anything else. Fights become about filling time in order to get to that point where you can pull off big combos.

That isnt to say that those other mechanics become entirely irrelevant. Like Im sure there are super bosses that require you to have that more technical control over all the systems, but for just getting through the game that one mechanic just sort of dominates over the (too many) other systems.

Xenoblade Chronicles X had kind of the same problem, where for the start of the game your essentially playing the same combat as Xenoblade Chronicles, and then you unlock the Gundam and all of that just kind of goes out of the window. There are a few fights that require you to be not in your mobile suite, but not many, and you really have no incentive to bother getting out (except again, for specific super bosses).

I feel like this is just a problem with the way Monolithsoft is approaching the design of these games, assuming More is always More when it isnt. You see that philosophy even in the story (you could cut about 1/3rd of XC2s story and it would be tighter and better) and in the weird decision to have Gacha mechanics for Blades in spite of it not being a Gacha game (Like I dont understand why you would have them at all, if you arent making money from them, Gacha loot drops arent fun!).

It was a solid demo, I regretp laying it because now It will be unbearable to wait.

I was impressed by the UI though, I never played CS1/2 on PS4 so im not sure if the same there, bu the way the menus work in battles is just great, and the new Break system is interesting.

Just a PSA for anyone planning on playing it, make sure to save before the final boss of the prologue if you care about trophies, the save transfers over but you cant get trophies in the demo (and theres one for beating that boss)

@zombiepie I feel like I need to defend myself here. I said LR has the best dumb ending of a Final Fantasy ever, which it does, because it ties into Lightning selling french purses.

Im planning on playing a bit of the other various kirby games to get a taste: Kirby Tilt N Tumble, Kirby Dreamcourse, Kirby 64 (If time play through?).

Hey yall, this extra life was great this year! Huge props to everyone who did a stream and helped the team!!!! (And to all those who are going to do it in the future as well)

@audiobusting: Sorry, just posted a fix above, will be uploading fixed files some time tonight

@jasonmasters: ah yes sorry about this, I have a fix coming just havent had time to upload it.

The simplest way to fix it right now is to edit the package.json file, and change the line that says "socket.io": "^1.2.0", or something similar, and remove that "^", delete the "node_modules" folder, and run run.bat again.

When I have the time I will upload a new version of it to the web server, but cant where Im at right now.

Also seeing people talk about stream assets and stuff, the templates I made for last year still work apparently and are up at http://extralife-nodecg.webhook.org/

Havent had time to update them, but the components are modular (you can include them sans templates) so you can use it to constructs any fancy setup you want.

@benlaserlove: webm has compatibility issues (for example I believe it is not viewable on ios without the use of extension). pretty much everything supports animated gif.