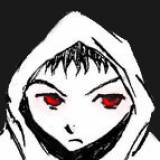 Ok so I just got Castlevania Lords of Shadow a couple days ago and was pretty stoked.
Until I saw the atrocious boxart:

Ok maybe its not that bad, but It certainly didn't feel Castlevania enough.

So with help from vgboxart.com (some dude named Sen did some crazy stuff with the official concept art) and some photo shopping, I decided to print out my own custom made kickass castlevania boxart. Heres the front:

I am a noobie Graphic Designer who was given the task to redesign an album of my choice into a record sleeve cover.

Before it gets torn apart by my teacher, I would like you all to take a crack at it.


My own personal critique would be that i made it look too grungy..especially since this is an Electronica band

Heres an example of their work:

soo...what do you guys think?
29 Comments

Going HD for the first time..

So this week, i'm finally getting enough cash to buy an HDTV (i got about $250). I've been gaming on a laughably small SD TV forever so... this is BIG.


Any suggestions in terms of TVs i should get? I don't really know or care about the difference of 720p or 1080p i just want HD. Also, my room isn't huge, so a small TV isn't a problem.

are any of the latter games worth going back to just to see how it looks like in HD?

UPDATED!: got my TV and im pretty happy with it!

I'm sure you've seen this warning before. Especially if you play Nintendo systems.

Photosensitive Seizure Warning
A very small percentage of people may experience a seizure when exposed to certain visual images, including flashing lights or patterns that may appear in video games.

Immediately stop playing and consult a doctor if you experience any of these symptoms.

Ok..there are a lot of gamers out there. There's bound to be a few who blatantly ignore this warning even though they do suffer from some kind of seizures.

Maybe its not that severe or maybe they just don't care, but i'm sure it happens.

I don't suffer from any seizures myself but i was wondering if anyone at giant bomb ignores the warning daily to satisfy their urge to play games?

nostalgia..how long does it take?

how long does it take for you to feel nostalgic over a game? last game i felt true nostalgia for was MGS 3

but then again i popped in persona 4 again not too long ago and man..the menu screen totally gave me butterflies

tommorow is the date of my birth!

everybody! beef bowl party at my crib (if it rains)!

its going to take a while for my brain to comprehend that ending but in the meantime..can someone recommend some good, cheap ps3 games to get while i digest this mess?