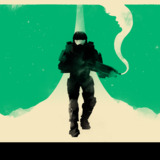 Primarily a mobile user, and things look great. Except for a certain something. Though I think it's a feature, not a bug. While playing videos full screen, the thumbnail is in the background meaning on my galaxy s8 which has a wider/longer than normal screen when watching in landscape, the sides of video now have the thumbnail instead of black bars.

It's cool but also kind of weird. For example, Gotta God Hand is weird because the thumbnail has Jason and Ben on the side but they're also there in the video so it looks broken but pretty sure it's not. Not sure if I like it. Is there a way to put a toggle for it?

Third person. It's a Rockstar game. I always their worlds more from that perspective.

That being said, GTA V's first person mode was pretty damn good. I played the entire game that way. But only because that was my second time through when it made its way to my Xbox One.

I'll be playing it on my Xbox One X. Not sure if that helps, but Origins looked damn good!

Hey! Just talking with my friends and I remember a specific part of it that I liked. Your teammate was a sniper? AI and when you aim down the sights at an enemy your teammate would take him out. Pretty much instantly too. And quietly.

It was a recent game. Maybe a call of duty? Maybe splinter cell? I can't remember.

Though some of that is more twitch and his own time. So the solo stream makes more sense.

But I'm with you. I can see how solo can be kind of anti giant bomb. Doesn't bother me but it's not a video a prioritize.

Been playing for about a month now. It's super fun. Low frame rate and all. Been mostly playing it on the X but I've been also checking out on my friends S.

They've been updating it regularly. Pushing patches out. Stabilizing it. It's one of those janky frame rate problem games that have given me the most exciting, heart pounding experiences I've ever had. Period.

Don't know exactly what the PC version is like but I know this one is behind that one. Considerably. So don't come in here expecting the desert map or even some of the features that the PC has. Whatever they are. Kill cams?

It's got the vaulting though. Squad mode, 3rd person, 1st person playlists. All of it. So it can't be that far behind the PC version.

Great game though. After every death, it's slowly climbing the ladder of the favourite games ever.

Pro, X, S, Base, I don't really care but it urks me when the dudders haven't done their research to inform the viewers which systems the game is on. I get it, PS4 is the only console these dudes care about. Xbone and all that. But as a proud Xbox owner, I would like to know. Don't just make it to seem like a game is always ps4 exclusive. Really sad. Rest of the internet I go in expecting that ignorance. Not Giant Bomb though. Expect better from this site.

Been playing the Xbox version and loving it so far. Plays well on a controller just like first one. Runs pretty smooth for the most part. Loading mission briefing is pretty hitchy though but that's just while it loads so no biggie. Looks real nice too. So far no real issues. Seems like a good port.

woah! That's sweet!!! I'm someone who really enjoys the Beast guys. I watch/listen to them well before the west coast guys so this is awesome. Plus Endurance Run with Dan is fantastic!! Welcome news.

Love you Ryan!!! Miss you and your presence.

But watching E3 After Hours coverage this year, I had a few moments, especially, weirdly enough, during the Jenga segments, seeing everyone coming and going, laughing and having such a good time, with even something as simple as Jenga, it made me laugh obviously but also smile and think about Ryan Davis and how he hosted them, he certainly has left a lasting legacy with Giant Bomb. It started simple with just Jeff and Ryan and it's bloomed into something way bigger. And those E3 shows with all those guests and industry friends, it's the ultimate showcase.

RIP Ryan. Never met you but damn were you a good friend.