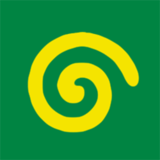 It makes sense considering they'd be interested in any business that allows them to collect consumer data.

For sure, they would be the last people I allow handle my money.

My brother's Solid Snake isn't very good at stealth, whereas mine is. This lends to a sense of ownership over my personal instance of the character that is missing when you don't actually play the game.

I mean, is watching a game of pool similar to actually playing one? Absolutely not. You're getting narrative, but you just don't have the same sense of struggle, accomplishment and catharsis you'd have by playing the game. And those things change how you feel about the narrative.

I feel like tigsource and a few of the discords I've been on are too large to feel like proper communities.

Maybe I've just not been on the right ones, but would be interested if anyone has any good ones.

@truer: Okay, only time I ever played WipeOut, it was 3rd person. I think I'm sold on this, haha.

@truer: Curious about this one. Everyone seems to say it's a must, but is it just due to being visually impressive? It's hard to imagine VR lending all that much to a 3rd person racing game, but I'm assuming there's something I'm missing.

If you have the Move controllers, Superhot VR is amazing, but really short (completed it inside 50 minutes), so don't expect to bring it home to spend the whole day with.

If you can get VR Worlds for dirt cheap, the Ocean Descent and The London Heist segments are worth playing. The London Heist's shooting ranges seem to keep me coming back.

I haven't played it, but Skyrim VR is meant to be pretty sweet with the Move controllers. They patched in smooth movement and turning, so you're not stuck with teleport if that's immersion breaking for you (which it certainly is for me).

To be fair, your list seems pretty solid, already.

While I personally wouldn't leave a review without having played the game, I can see why some people might feel like they've invested enough in the series to do so.

This franchise is decades old and commands an incredibly strong fanbase. To a large part of this fanbase, Bethesda have been steadily spinning gold into shit for the past few years, and this latest entry marks the abject failure of the series, from which it's never going to return.

I wonder does May appreciate the irony of the Tóraidhs forming a coalition with terrorist sympathisers.

@vashyron: I don't mean morale for general enlistment, I'm more talking about the individual skirmishes and why one doesn't run away once the battle isn't going in their favour.

There is a logic underpinning the Stormtrooper's actions: 'if I shoot my enemy before they shoot me, I'll have won.' It's unfortunate that for some reason, it never does go their way, but the logic is at least sound.

The Reavers surely must be instead thinking: 'I have to capture and restrain my enemy, who only has to so much as think of my graphic death for it to happen.' If they are thinking that, why don't they run away? Especially when so often, they get to witness the violent death of the Reaver right in front of them.

That's why I think it's kind of like a first draft. I can see why they did it that way, but the girl's graphic display of fighting prowess near the start undermines the kids' later uselessness, and it is noticeable. I don't think it's a problem with plot, but that it could have used some tightening.

@roninenix: My first guess was that they were manufactured, but then I'm left with the question of why they're so useless. If their branch was bred/manufactured for the purposes of capturing and neutralising the experiments, why manufacture them to be so useless?

They weren't necessarily Mexicans but Logan's daughter and the video of the facility seemed to suggest that the children were, at the very least, a product of having been raised by Mexican people. Don't get me wrong, it's an incredibly minor nitpick, but I just don't know why they'd establish one thing, and then ignore it.