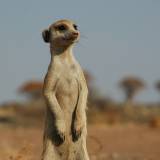 How people can tolerate this much stupidity baffles me.

I don't like to write about serious things normally since I mainly like to use my writing to make people laugh and to just jot down my ideas but this is a news story I felt like people should hear about.

The story is that two women had been arguing on facebook for awhile about some convict that they both liked, he might be a great guy who made a mistake so who are we to judge that, most girls argue over guys anyway. What blows my mind is what came about from it all. The ladies names were Torrie and Danielle. So Torrie is driving around with her three year old child in the car, when she saw Danielle and a friend driving next to her. Most of you would assume that this situation just turned into a really loud argument followed by some noise complaints, but you'd be wrong. Torrie, in a fit of brilliance, decided the best decision would be to start chasing Danielle. Danielles friend, acting on normal human instincts i'd imagine, started trying to get away by speeding up.

Torrie never let up on the gas and eventually they were both moving at 100mph before they passed an off duty cop who decided he should attempt to pull them over. I'm sure you can guess that they didn't listen and kept on trucking. Eventually Danielle, while still being chased by Torrie, ran a red light and hit a dump truck, flipping the truck and killing herself in the process. Now I don't know if you remember but during all of this Danielle had a friend driving the car (who is now in the ICU and recovering), while Torrie had a THREE YEAR OLD CHILD in the car with her.

The amount of stupidity and idiocy present between these two morons makes someone like DeeDee from Dexters Laboratory look like Albert Einstein. It just amazes me that this woman Torrie thought it was worth risking the lives of 3 adults and a child to win the love of a convicted felon. A three year old child, If someone doesn't demand that this woman loses custody of her child then my faith in humanity is going to be lowered by a lot, Hopefully we can get it out of her hands and into a capable and loving family that won't drive at 100mph and run stop lights with it in the car.

Danielle and her friend do seem smarter but not by a whole lot, they also appear to be innocent of any actual crimes here. They were speeding to get away from a lunatic woman who probably wouldn't hesitate to physically hurt them. We do know that when Danielles friend crashed, Danielle was on the phone with 911 explaining the situation so at least someone had the common sense to warn the cops someway. What really makes me angry is that Torrie, after causing all of this using only her incredible amount of stupidity, so far doesn't have to pay for Danielles funeral. Instead Danielles family had to hold a car wash the day of Torrie's trial. If I ever find a way to donate to the family of Danielle for the funeral I gladly will, she may have acted stupidly by arguing over a man in prison on Facebook but the role she played in how she died is tragic and This Torrie Emery, in my honest to god opinion should be paying for the funeral.
15 Comments

I'm speechless, It's a rare occurrence that a news story like this pops up and it's hard for me to find a way to express how I feel in words. I mean I've always been an advocate to ban bears from sophisticated society but nobody will listen. They always spout off facts like Bears are extremely smart creatures and just need to be pointed in the right direction, so I bite my tongue and decided to deal with it. I stood by as the demons even had a man hunt style game made exclusively for them (Naughty Bear). But I can't stand by any longer, as my good friend courage wold once said "Truth is more important that comfort"


Bears are some evil creatures, even from the day of their birth they are trained to kill and the  fact that they can now hijack cars is even worse. Luckily bears haven't evolved to the point where they can actually drive, shortly after the bear broke into the car, he put it in neutral and it rolled into a tree. In the process the bear apparently tore the interior to shreds and took a crap on the passenger seat. Normally evolution should take a long time but I'm really not sure how many bear generations we have left till they can drive if they already know how to shift gears. The worst part about this is that according to  Tyler Baskfield, a spokesman for the Colorado Division of Wildlife, it's actually not unusual for bears to unlock doors to cars and houses. You read that correctly guys, It's not weird for bears to BREAK INTO CARS AND HOMES. We are slowly encroaching on a yogi bear style apocalypse.


Unfortunately there are two things in this article that truly bother me. The first is that the bear did this whole thing for a Peanut butter sandwich. I could understand doing this for a PB&J sandwich, but a Peanut Butter only sandwich. Not only are bears going to attack us and wreck our cars, they are going to make us eat bland sandwiches too! The second is that the rangers handled the situation, they kept their distance and pulled the door off with a rope, letting the bear escape into the woods. I think I speak for most people when I say the way we should have handled this is have the Y.O.G.I. (Yellowstone Operations for Grizzly Invalidation) organization come in and sedate him, followed by moving him safely to a FBI facility for questioning on the upcoming attacks. Luckily Wildlife Managers have the right idea, they kill any bears with actions similar to this ones but I fear this one incident could grow and spawn others. Beware fellow citizens, a bear could be anywhere, just waiting for you to slip up.
3 Comments

No need to worry about those pesky invisible clowns anymore!


So Invisible clowns are attacking your moms house, what do you do? Well it seems like a man from Wisconsin has this situation on lockdown. He decided since he thought it was happening to him he should, you know, shoot them with a shotgun. I'll admit, if invisible clowns are attacking you, you should have the right to shoot any of them you see, and punch any you can't see. According to police he got 7 shots off before the police arrived and before they could get him he fired several more. The best part is he was doing it all while being aware that he was on drugs, obviously it was scarecrow!


So to be serious about this, what kind of idiot keeps a loaded shotgun and extra ammo around themselves when taking a hallucinogen? Sometimes humanity never ceases to amaze me in the way that it can make me speechless and at the same time so angry that I share being a human with these types of people. If you do drugs or drink alcohol good for you, if it makes you happy keep doing it, but for the love of god please make sure you don't have a gun or drive while you do it. All you're accomplishing by doing that is proving the people who say it should all be illegal look like geniuses.


My favorite part of this story is how the clowns killed his mom during the whole shootout between him and chuckles army, yet she was never actually harmed. I'd like to think that if he had even half the brain power of normal people he would've noticed and we could have killed more of those insane, evil, invisible clowns before they obviously murdered his mother in cold blood and escaped a police barricade.

But it's all OK in the end since the man was just high and his mom never got shot, actually, his mom and her boyfriend had to run away from him and escape while he was shooting at them. Luckily nobody was harmed and he was captured. The man was captured by the police after he walked outside a second time and fell down because his obvious lack of intelligence affects his ability to walk correctly.
15 Comments

Nickelodeon, killing your childhood one step at a time!

Nickelodeon has greenlit a live-action television movie adaptation of one of its most popular animated series, The Fairly OddParents, it was announced today by Marjorie Cohn, President, Original Programming and Development, Nickelodeon/MTVN Kids and Family Group. A Fairly Odd Movie: Grow Up, Timmy Turner!, based on the hit series from creator Butch Hartman, will combine live-action with CG animation and follow the adventures of a now 23-year-old Timmy Turner (Drake Bell, Drake & Josh) who refuses to grow up in order to keep his fairy godparents. A Fairly Odd Movie: Grow Up, Timmy Turner! is set to premiere on Nickelodeon in 2011, and will be executive produced by Hartman and Lauren Levine, co-executive produced by Scott MacAboy, directed by Savage Steve Holland and written by Hartman and series’ former writer Scott Fellows (Big Time Rush)

A Fairly Odd Movie: Grow Up, Timmy Turner! centers on Timmy Turner, but unlike the series, Timmy is no longer a 10 year old boy — he is 23, still lives at home and still attends the 5th grade! Timmy’s arrested development stems from his desire to keep his beloved fairy godparents, Cosmo (Jason Alexander, Seinfeld, as live-action Cosmo and Daran Norris, The Fairly OddParents, as animated Cosmo) and Wanda (Cheryl Hines, Curb Your Enthusiasm, as live-action Wanda and Susanne Blakeslee, The Fairly OddParents, as animated Wanda), because “Da Rules” dictates that godchildren lose their fairies when they grow up. But when Tootie, (Daniella Monet, Victorious) a formerly nerdy girl who’s always had a crush on Timmy, returns to town as a gorgeous grown-up, Timmy finds himself having very adult feelings for her. He must decide whether to grow up and be with the woman he loves, or continue acting like a child to keep the fairy godparents he adores. In the meantime, Hugh J. Magnate (Steven Weber, Wings, Studio 60 on the Sunset Strip), a larger than life oil tycoon, turns his attention to capturing Timmy’s fairies and using their power to fuel his maniacal ambition.

You know what this means right?


The power hour could end with them accidently destroying the universe and replacing it with a new one using the combined power of science and magic, leaving them as brothers in a 3D dimension and making Vicky their little sister. Which leads us into Nickelodeons true goal, a reboot of Drake and Josh labeled Jimmy and Timmy. But it doesn't end there! Tootie and Timmys love for each other keeps her alive through this whole saga and she gets reincarnated as the Movie Theater lady. She slightly remembers that she loves Timmy but not why or how much she loves him. All the mean while she hates jimmy for causing this (although she doesn't remember that reason for hating him).

Now that I have explained all that, leave comments on my ideas of where Nickelodeon is going with this whole live action movie stint!
1 Comments