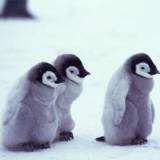 With the Winter term almost over, I thought I'd write a blog!

That is all! I forgot all the other things I was going to write because I forgot I was writing this blog for about an hour.
1 Comments
Load Comments