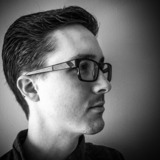 So I just finished the demo for Star Wars Force Unleashed on the Xbox 360. And I must say that I will be getting the game. Overall the action was awesome and using force powers was challenging enough that it felt like it really took some time to learn but not overly so. Taking down a tie-fighter was awesome!  Blowing people up was awesome! Throw people to their death was awesome!

My only gripe about the game was the camera. But I will be able to manage like I have been with many other great games with a crappy-ish camera. Also, the voice sync was off on the the first cut scene, hopefully this is just a beta thing.

Well, thats it for now. Until next time.

Once again I may buy a PSP

So, back in 2005 I bought a used PSP-1001 while working at GameStop. Then last year I sold the PSP-1001 on ebay and then purchased the new PSP-2001 in Darth Vader form. Now, with the recent news I've seen on the changes for the PSP-3000 I'm looking at possible putting the Darth Vader PSP on the self (I'm not selling it, its a damn collectors item) and buy a new PSP-3000. Am I lame or what?

Whatever Happened to the A'hole blamed for a certain firing

We all remember Gerstmann Gate. And even when you finally think you have forgotten it something happens that brings it back into memory. Well, here is one more thing to do so. Turns out that that special person who everyone blames for Jeff being fired has found himself a new home.

First Impressions on Gears of War

So I've been playing Gears of War the past couple of days. And I must say, WOW! The battles are intense, the controls (for the most part) are great, the game is STUNNING (even on my SDtv) and I'm really loving the story. I haven't played a ton of FPSs, but of the ones I've played I'm sure this one is the best thus far.

P.S. Yes, I am playing on Hardcore.

A deal on Gears

So early Sunday morning I finished GTA IV. Since then I've been trying to figure out what I'm going to play until Madden comes out next week (yes I buy a Madden game every couple of years). Last night while I was checking on something that I sold on Ebay I decided to check and see if I could get a good deal on a copy of Gears of War. No, I haven't played it yet, I've wanted to but I didn't get a 360 until March.

So, long story short I was able to snag a used copy of Gears of War for $21.84 (shipping included), which is, as far as I know, about seven or eight dollars less then a used copy on Amazon and pretty much anywhere else.

What was the point of this blog post, nothing really....just wasting time.

So I'm Considering Selling My Wii

Yep just what the title states. I'm thinking of selling my Wii. I haven't played it much since I got it and personally I'm disappointed with the direction Nintendo seems to be taking the Wii. Sure, there are a few games that I want to still play. But, to be honest I don't want to play them enough to really keep the system. Besides, most of those games are on other systems.

So should I go ahead and sell it? Or can you give me a good reason why I should wait to do so?

I was just reading a post on Joystiq about the possibility of having a Grand Theft Auto game on the Wii. One of the lines in the post read, " Reggie wants it, gamers want it, but will Take-Two ever deliver?" Now I can see Reggie wanting a multi billion dollar making series on his system. But, do gamers really want a GTA game on the Wii? When Nintendo announced GTA: China Town Wars for the DS I was interested mainly because of the fact that it was announced. I wasn't excited for at all, just interested in seeing how they would do it, but of course Nintendo never told us anything more at E3.

A possible GTA game for the Wii doesn't excite me at all either. And there is a very simple reason why. I don't think that a Wii GTA game would deliver an experience anywhere close to what I've been getting out of GTA IV on the 360. For one, we know that graphics won't be anywhere close to what the PS3 and 360 provide. I also don't think that you would have as big of an environment as you did with GTA IV or certainly future GTAs on a Sony or Microsoft console. And I don't just mean on the outside, I'm talking inside as well.

Second, the controls. You know that Rockstar will have to do something with the Wiimote. I don't think that it will work for a GTA game. And what about the story? Would Nintendo try to get Rockstar to tone down the game for the sake of the audience that Nintendo is really targeting with the Wii? Who, knows.

There are so many questions that would have to be answered correctly for me to even give a GTA Wii game a chance. Maybe this is because I'm mad at Nintendo for the way they have been doing business the past year. Hell I haven't touched my Wii in months, except to move it. And today I hacked my DS so that I would be able to put DS games on one cart, partly because it makes it easier to carry games and such around. But, also because I want to make sure that Nintendo gets the least amount of money from me possible. And as of right now, a GTA game on the Wii would not get me anywhere near as excited as I was for the Wii when it first came out, not even close.

Yep, so pretty much early this morning I surpassed 100 points, as of this blog post I stand at 145 with 78 of those going to College Hoops 2K8. It may not be the 500 or 1000 points that I've seen many others reach but to me its a nice little milestone.

I just finished watching the Comic Con trailer for Spider Man: Web of Shadows and I must say that it has me very interested in game now. I didn't know anything about the story line before and figured it was just another boring fight this villian and then this one and then this one. But, now...well its still just that but with the added twist of everyone being infected by the symbiote. If you haven't seen it yet check it out after reading this sentence.

So, I'm going through my Google Reader and catching up on my RSS feeds when I came across a Joystiq interview with Ryan Davis. If you haven't already seen it, and most likely you have, go ahead and have a quick read.