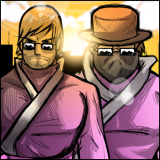 Arrival is last chuck of DLC for Mass Effect 2 and is meant to bridge the gap between the end of ME2 and the start of ME3. You start off my receiving a message from your old friend Admiral Hackett requesting that you rescue a Dr held in a Batarian prison. Apparently she found evidence of an imminent reaper invasion but was captured shortly after. You must go in alone as sending in a squad could cause an incident with the Batarians. Like the previous DLC once you get this briefing it’s up to you when you actually want to do the mission.

Once you arrive at the prison arrival starts to differentiate itself by offering the player a stealthy way to find the prisoner. You can go in guns blazing but I thought I would take this opportunity to play the game in a different style and of course there was an achievement for not being seen in this part of the mission. Now the problem with stealth in games that aren’t built for stealth is that they suck, you get the extreme ends of stealth. Either bad guys spot you when they really shouldn’t or they don’t spot you when they really should and both showed up in arrival. It’s a bizarre choice to add this to Mass Effect when the game simply isn’t built for it. Shepard can’t sneak so the equivalent of Sam Fisher sneaking about is Shepard walking REALLY slowly and I’m not even sure if it made a difference. Honestly if it wasn’t for the achievement I wouldn’t have bothered. I won’t go into the story and further but stuff happens you kill some more dudes. At one point you take control of a LOKI Mech but that only lasts for a minute or two.

Arrival is 560 MSP and will probably take you from 1hr – 1hr30m to complete. It’s also worth noting you will not find anything in the DLC that you can take back with you into other missions. No new weapons or anything. Its one thing that arrival is not very long and not very interesting but the real sticking point for me is this. Bioware fucking lied. In no way does this tie into Mass Effect 3 in a way worth paying for. At the end of it all the message seems to be “Remember those reapers coming to kill us all? There still coming”. Arrival was pitched as an important piece of Mass Effect lore that will get you pumped up for Mass Effect 3 but it’s a short shoddy piece of nothing. As I mentioned you get nothing out of this DLC apart from the story and the story is bad. It does end with a reason why Shepard needs to go to earth so I can see how that would set up Mass Effect 3 but to charge for this and call it DLC is ridiculous.