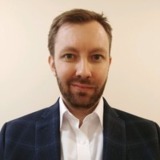 After 110+ hours with my character on Skyrim I think I'm done, for now at least. Without a doubt my favourite release of 2011 and I'm sure I'll be playing it again in 2012.

I decided to create a very similar character to that which I played in Oblivion; a thief focusing on bows and daggers and whilst this was enjoyable I found it made dungeons rather too easy. I always felt a temptation to simply fire arrows from the shadows, wait for me to be hidden and repeat. This was coupled with backstabs, which made dungeon bosses succumb to my will within 1-3 slashes with a dagger, mainly due to the x30 bonus every stealthy backstab was granted.

As with Oblivion the Main Quest was very much a secondary thing for me and I spent much of the first 100 hours simply exploring side quests and miscellaneous objectives, it wasn't until this seemingly dried up that I cracked on and finished the main quest. The peaks were once again found within the guilds of Skyrim with my personal favourite being the Thieves Guild, but their was no stand out quest like Whodunit? in Oblivion.

Now I move on to Deus Ex: Human Revolution but I do plan to come back to Skyrim, and probably with an entirely different character. I have dabbled in magic, in particular the illusion tree to complement my character, so I may attempt to build a pure mage.