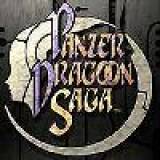 So I was looking through my collection of games, to make my collection list, and I realised for the second time in my life that I have completed less than 10% of them. It's a shame because so many of them are fantastic games, that I need to play more. So I decided to stop buying games until I have completed a good few of them. I therefore made a list of the best ones that I have yet to beat, and I will now start to play through that list. I decided to start with Fallout 3.

Fallout 3 is definitely a great game, its gritty, has plenty of great characters, and is fun to play, and yet for some reason I have struggled to play it for more than a few hours. So I've started a new game on it, from the exit of vault 101, playing as a neutral guy with a speciality in small guns, medicine and speech. So far haven't done much, I did the first chapter of the survival guide and that's it (how annoying is Moira???).  I tried both third and first person views for the game, and found it to be a fairly competent third person shooter, and a fun first person shooter if you don't use VATS.

More to come on this later. When I've got a bit further into the game, and can rate it more accurately.