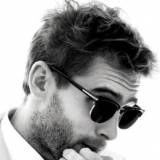 By the end of the year Two Thousand and Twelve (presumably) we will have three (mostly) distinct iterations of the Bioshock formula, which follows thusly:

A mysterious protagonist enters a dystopian Wonderland and is confronted by the undead victims of a governing philosophy pushed past the breaking point of its ideological extreme. Said protagonist must battle through a labyrinth fraught with peril and dripping with atmosphere to confront the figure whose idealism both created and destroyed the world around you. And then someone else, probably. There are lots of explosions and some lockpicking and in the end you learn the folly of blindly submitting to an -ism. This got me thinking: What if I plugged my own ideas into the formula and created my own Bioshock title? What if one of you did?

The first two games in the franchise take on Randian objectivism and utilitarian socialism, respectively. Infinite seems to be confronting blind nationalism, the notion of  'American exceptionalism,' and maybe even fascism. What dogmatic, fundamentalist ideas do you feel are due for a game-length drubbing?

Bioshock & Bioshock 2 transported us to the underwater wasteland-metropolis of Rapture, which was eventually 'sunk' by the very precepts that conceived it. Bioshock Infinite is set in the floating planned community of Columbia, held aloft by its own hot air. What densely symbolic sense of place would you lend to your own ______-shock title? What ironic name would you give to your ill-fated landscape?  What kind of madman/woman/robot with a cardiovascular system would lord over such a place? WAS IT REALLY YOU THE ENTIRE TIME?

Please submit your ideas below.

Blogs Created:
1 blog
Most Commented blog:
Futureshock: What would your Bioshock game look like?
Total Comments on blogs:
1 comments