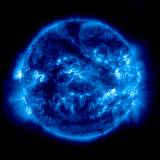 @AhmadMetallic: The AI had issues near launch, they could see you and shot you no matter how well you were hidden. City have since released several patches that greatly improved the AI as well as fixing many other glitches. The PS3 version which came out about a year after the PC and 360 has even more improvements that couldn't be added in a patch. See if you can find a review or updated impressions based on the Patched version. There really is a huge difference between the two.

Don't get me wrong, Sniper was far from a perfect game, it had and still has many problems. If I had to give it a rating I'd would probably only be 6/10, slightly above average. But for what ever reason I just can't help loving the game. The are times when I was playing through the first time I wanted to give up, it was that bad. But then you get to parts where everything comes together and it's just all so glorious. There was obviously a huge amount of passion behind the project.

So I say give it another try. But only if know what you're getting into. It's not the greatest, but if you can look past the flaws and make it through the rough parts, you'll (hopefully) have a lot of fun.

@AhmadMetallic: I rather liked Sniper 1, and so did lots of other people, Sniper Ghost Warrior sold over 2 million copies. http://sniperghostwarrior2.com/en/News/SNIPER-GHOST-WARRIOR-BREAKS-TWO-MILLION-MARK

Because City Interactive self published Sniper they ended up making quite a bit of profit, to the tune of $25 Million dollars. http://www.guardian.co.uk/technology/gamesblog/2012/apr/23/city-interactive-big-guns

You have to remember that Sniper 1 was the first major game City ever developed. Before Sniper they'd only made cheapo casual games. But now that they have that experience, along with the extra cash, Sniper 2 could end up being really good. The move from Chrome engine to CryEngine 3 alone is a huge improvement over the first.

Good. Homefront is going to suck anyway.  Let xbox have the first.

Awesome!  I cant wait! My XBL Account expires at the beginning of December, just in time to pay an extra 10 bucks! Hall yeah!