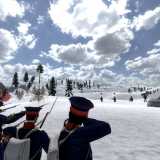 For most games, achievements don't really affect me in one way or another. As an counterpoint though, games like Europa Universalis 4 / Crusader Kings 2 / Hearts of Iron 4 that are more free-form can be greatly enhanced by achievements. Such as giving goals to a specific playthrough or even challenges that are not the ole boring world conquest.

It's certainly my GOTY despite it's quest bugs.

*early apologies for my poor writing

After the high I got from Korrasami died down. I came to realize that this final season had no real overarching tone or message besides the stretched out Korra development. There was little to no inter-connectivity between the protagonist(Korra) and antagonist(Kuvira). I argue that this lack of connection hampered the two plots told in this season. Korra's development; learning to live with her consequences and to learn from her past villains to maintain "Balance", the supposed theme of this final season. While Kuvira secures the Earth Empire and tries to modernize it in a manner similar fashion to Revolutionary & Imperial Era Napoleon. Beloved by her soldiers and abrasive in her negotiations. Note, 1796-1797 Italian Campaigns.

Initially I liked how Korra had to deal with PTSD and struggled with the idea that the avatar is not needed. How it was handled was... clumsy in my eyes. The amount of screentime focus on this was far too much in my opinion. Especially since this season only had 12 real episodes in total. Admittedly, I wouldn't be bothered by this amount if it was justified. Korra struggled to get her answers, but in the end she was given to it by Toph and maybe Zaheer. Like how most people are when given the answers, they don't know the directions to the destination, only its vague location. It didn't seem she process the merits of the goals of her villains. To change what they view is a imbalanced world for the better in an extreme manner.While Korra tries to keep the status quo. Albeit the world changes for the better anyways because the plot demands it. Korra does not present solutions to problems, they fix it themselves without her input. E.g. Republic City having elections, spirit vine problem was solved no problem, Wu deciding the Earth Kingdom to be a republic. In the end, what does Korra herself said she learn? To be more compassionate? That has almost nothing to do with the supposedly theme of this season "Balance". Which almost ruined the finale for me, except that Korrasami swooped in and made me forget about all of this for a week or so.

Now for our main villain Kuvira, the Korra that might have been... if she was not pseduo-royalty (did you see her big ass palace? wow), knew the hardships of an unequal society, and a out of nowhere fascist. Kuvira is a disappointing villain that should have been a Napoleon, but became a Hitler. Which in itself damage any credibility to statements like "Kuvira is just like Korra" and "You and I are similar". Or much of any real character. Also, when they were focusing on Korra's development why didn't they bridge it with Kuvira's plot by having her see what's life in the empire is really like and what the people want. This would have led Korra to realize that both extremes of Monarchy and Meritocracy/Autocracy are not sustainable for the good of the people. There's not much to say about Kuvira, she was just a Hitler-character that had abandonment issues mentioned in the the finale. That's it. Oh, and her fight scenes are nice. What Kuvira was SAID to be, is essentially Korra from season 2: aggressive, doesn't listen to anyone, does what she thinks is best even if it might not be moral, and etc etc. Kuvira had the makings of this and even has a historical reference in Napoleon who posses these same qualities and had success. Which Kuvira had in spades as well. Unfortunately they threw this all away by throw-away lines like slave camps and prisons "non-Earth Empire citizens". Which we hardly ever see and only used to make her a generic bad guy. The people Varrick and Bolin left could just have been easily renamed as resistance fighters against the Earth Empire for whatever reason, maybe conscription. Kuvira went too far in the deep end of generic bad guy to have the talk between Korra&Kuvira be meaningful. Also the dialogue was bad and/or barely had relation to the initial premises and even what was shown(Kuvira being a fascist).

TLDR: Season 4 lacked any connection between Korra and her main villain. Finale/Season 4 suffered as a result. Korrasami saved it for a week for me.

P.S. Individually, the episodes of season 4 are good, but when sewn together it's less than the individual parts.

Here's a video of the closed "alpha"

@matthewthebeast: In the Mount and Blade games you are a commander of an army.

Quite right, you can be a commander of an army in M&B. I usually just fight in the arena and be a bandit for awhile then I enlist myself to an AI army via the Freelancer mod if there's too much heat.

I always find the guns in AC3/4 to be kinda silly because of the absurd short-reload times. Although the fun I get from these period-specific firearms are the pseduo-historical accuracy in terms of tension and atmosphere. So to be fair, it's kinda difficult to have fun as a soldat/fusilier without getting into that re-enacting feeling. So I suspect L'Aigle would be more fun as a commander of a battalion/company/etc. Basically a more intimate Napoleon Total War.

This looks too beautiful to be mount and blade, can't wait to play it.

Edit: Found a candidate for the next GB book club in those forums.

L'aigle is a singleplayer (and maybe multiplayer) mod for Mount & Blade: Warband set during the Napoleonic Era. Specifically 1809, during the War of the Fifth Coalition against the First French Empire. The open "alpha" is set to be on December 31st 2014. After 3 years of mod development it has finally sortof arrived.

Notes lifted from the mod's thread:

Yeah, nothing romantic about "a vacation with just two of us", handing hands and glazing into each other's eyes. I do it all the time with everyone, all the time bro.