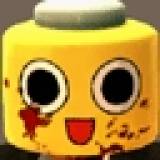 A solution for bad ping, exists

I couldn't even start to explain how many times I've been kicked due to an incredibly, near atrociously bad connection. I had this problem while playing on my Xbox 360, but also on the PC. Even simple games like Battlefield Online would kick me all the time due to connection problems. I expected the distance from my house to, wherever my precious bytes travel to, would be to great. False. I expected my ISP to rip me off, limiting my connection. False. I even started to get delusional, and I wondered what happened to all those tins of Red Bull that disappeared under my desk, was it a plot? False!

The solution was well at hand. My ports were blocked.

Now I know this is starting to sound like "Lifetime Presents: My Ports Were Blocked", but this is stone-cold reality. Many gamers are deprived by the fact that they are always one step behind other players. Bungie has been notifying players of their ports status in Halo 3, Infinity Ward in Modern Warfare 2, but many other games do not note out this problem.

If you are bothered by slower downloading speeds when using Bittorent/Comet/uTorrent, FOR LEGAL P2P SHARING, or have a high ping in multiplayer modes, use the website or free (afterward easily deletable) tool for the PC, Portforwarding. I would not recommend this ingenious website if it wasn't the best option available. To open your ports you need to get a static IP first. You have to find information here and there on your PC and this could all take a very long time. Portforwarding has detailed and simple instructions for setting up a static IP and opening your ports. It also has a program that does everything for you, and is completely deletable after it has done the trick.

This is not to promote the website itself, it is to bring the problem of strict of moderate ports to the light. Its a bitch!

I mean, for the love of god, how much more can I take?

When Rocko's Modern Life aired, I was between 0-3, but Rocko's Modern Life defines my childhood. Of course I grew up with Pokemon and Medabots, but Nick@Nite gave me access to the world beyond what I saw during the day. The pessimistic creators and producers, the sophisticated humor and the overusing of background graphics gave my life the early 90's twist I needed to become as narcissistic as I could be. Nick@nite featured subtitled shows like RML, Ren and Stimpy, Kablam, Spongebob, Fairly odd Parents and other Nicktoon shows. It taught me English when I was 5, I could speak English before I could write Dutch. And I miss that kind of animation, the animation Family Guy used in the first few seasons, the animation used now like El Tigre just sucks, it's to computerized.

You just don't see that much animation anymore. Kids are more into live-action shows like Hannah Montana, High School Musical and Icarly. Pushed teen stars, dying out around their 20's.

Old school animation is making a comeback. Mighty B and Wayside use the formula successfully, and will hopefully spin off more successful animation series.
You know effort is being put in animation when you can occasionally see blood drops on the paper sheets. It's because they are crying because its so beautiful.

Games I will actually get

As a youngster, you budget doesn't always allow you to get what you want. I can afford 1 game every 2 months. Not because I spend all my other cash, but because I am already saving up for later on. Now I would like to get Crackdown 2, Dead Rising, Fallout: New Vegas, Assassin's Creed Brotherhood and Halo Reach. I will only be able to get 2 of these games myself. I could ask my parents one about every 3/4 months or so. That comes down to 3. Now I know I will get Fallout: New Vegas, but the others I am not really sure of. Dead Rising 2 bites the dust first. 1 was a great game, but I think it can wait.  Now the question Assassin's Creed, Reach and Crackdown 2. I love Bungie, I mean, don't we all? But Reach just doesn't pull me in like with Halo 3 and ODST. It bites the dust too.

I think I will just have to starve for a while. I'll get them both.