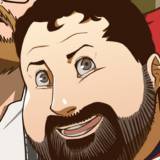 Need some people to take 10 minutes and complete this survey!

Hey everyone! I would be greatly appreciative if some of you could take 10 minutes and fill out this survey. It is for my girlfriend, and she needs about 50 more people to have the results she needs. It's for her undergrad Psychology class and she needs to make sure to have enough results to make the survey data valid. You're results are totally anonymous and you won't be matched to you in any way. Here's the linkand thank you or your time!

P.S. There is a youtube video embedded in the survey and we've noticed that for some people it will request access through your firewall. If this happens, it is just a video, not a virus, I promise!

Life as a Kinect Owner

So the Kinect was something that I had expected to admire for a distance, at least for the next few months until I could afford it. What I did not expect was that my girlfriend would love the idea of owning Dance Central so much, that she would take me out to buy one today (a feat easier said than done, as almost everywhere was sold out). So here are my impressions, having finally been able to give the Kinect a try for a prolonged period of time...

Navigation: So one of the big draws to Kinect for me was the ability to navigate the menus and give it commands with just my hand or my voice. For the most part the commands using your hands work flawlessly, I really haven't had a problem. The voice stuff is a little more tricky. It usually detects my voice perfectly fine, but the Kinect does not come with a list of recognized voice commands, so there is a level of trial and error with trying to figure out what terms the XBox will recognize. Once you know the terms and where you can use them, it is pretty awesome to control the 360 with your voice.

Kinect Adventures: This game came free with the Kinect sensor, and I wasn't expecting much out of it but it provided me and 3 friends with about 2 hours laughs before they had to head out. The games are fun and show off the Kinect's technology effectively. The real fun came from animating the living statues you are rewarded with for completing challenges. The only real complaint I have about the game so far, is that there appears to be only 4 mini games, and all the challenges are just variations of the 4.

Dance Central: The real reason we bought the Kinect. The game is great. Lots of fun party songs with compelling choreography. The part I was worried about was it being too difficult, but so far I have been able to 5 star a song on the second or third try on easy or medium. The visuals are great and it looks like they're already supporting the game with downloadable songs, so I look forward to what they put out in the future (severe lack of songs off the Thriller album at the moment).

To sum it up, the Kinect is great so far. It is a little pricey and does take a lot of room to work properly (6 feet for 1 player, 10 feet for 2). But if you have the money and the space I seriously recommend picking one up, and I'm already excited to see what experienced 3rd party developers like Harmonix can do with this technology.

What does Giantbomb think? Have a Kinect? Love it or hate it?

Does anyone remember the good ol' days where one could plug in 4 controllers, pick any multiplayer game off the shelf and just have fun with some buddies for an afternoon? Does anyone miss those days? As the current consoles get more and more entrenched in this online culture it seems that these sort of moments are becoming a rarity. Many games that have multiplayer modes for online practice have opted to completely remove the split screen versions of these modes, which makes very little sense in my mind that you would not give the player the option to play these modes offline with his or her friends.

Let me tell you about one instance where this came up recently for me. A few weeks ago my buddy, my girlfriend and I were sitting around just hanging out when we decided we wanted to play a game. The only requirement was that it had to support at least 3 player co-op on one XBox, because my girlfriend doesn't like to play games competitively (aka she isn't very good). So we go through my collection of 60+ 360 games and find not a single game that supports this need. Even games like Halo 3, which supports 4 players on an Xbox in multiplayer, and supports 4 player co-op online, would not allow more than 2 people per Xbox. Others games that come to mind where there have been arbitrary limits on player capacity per Xbox are the last few Modern Warfare 2, Call of Duty: World at War, Borderlands and ODST.

So why do companies choose to not include split screen versions of their otherwise available online modes? For a game like Borderlands I could see that more than 2 screens on the same TV might get difficult to handle, but if you have a big enough TV why take that choice away from the player? Perhaps there is a technical reason for this limitation that I don't know about? But seems to me that a game able to support 4 people on the same screen in competitive multiplayer should be able to do the same for co-op.

I am writing this so I will get some tasty experience points. Yum yum!