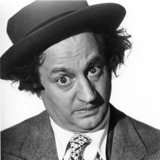 My own personal Apocalypse: Car VS Hail

So as some of you may have heard, the south east U.S. was hit with massive storm yesterday. I live in East Tennessee and I had thought that the worst of the storms had hit so I decided to take the chance and drove thirty minutes to the gym where I practice the Japanese martial art Aikido.

We were an hour into the class when the power cut out. We heard the rain outside start to get heavy and we walked out to the doors to look outside when all hell broke lose. Golf ball sized hail pelted down onto the building and parking lot. It was amazing how loud it was, like a freight train rolling over the roof. We looked out and saw the rain, hail, and wind, and we were sure that a tornado could be barreling down on us. So we crowded into the hall and waited to see what would happen. After only a few minutes the storm died down to almost nothing and we went outside to assess the damage to our vehicles.
My heart sank. There goes a $500 deductible for my insurance. Here are the pictures I just took today:

This is what happens in golf ball sized hail. I think it's safe to say that if you were out in something like that you may end up dead. Often we humans wall ourselves off from just how near death can be. It's just easier to live that way. Quite a few people died in these storms yesterday, and look at even greater catastrophes all over the world like the tsunami in Japan and the Fukushima nuclear plant disaster. It makes you think of how puny and insignificant you really are in the scheme of the whole universe. You are just a speck on molecules on a layer of skin on a rock in a vast space. It's a humbling thought. It made me think of Carl Sagan's "Pale Blue Dot".
I have lost people I loved to sudden catastrophe. Consider telling the people you love how you feel. Maybe they know you love them, but there is something special about hearing someone say it. You never know if that may be the last time you ever see that person.
4 Comments

So I'm back from dinner and I drank too much. Got a nice buzz going, but I'm not too far gone. So my grammar and spelling should be OK.
Yesterday someone posted a thread about "your favorite game city" and it got my thinking about Final Fantasy VIII. My answer to the question was Balamb Garden from Final Fantasy VIII. To me there is something utterly captivating about FFVIII. Firstly listen to this great song that is the music for Balamb Garden as you read this blog. This soundtrack is some of Uematsu's greatest work. Check it out.

Now, there are people that, for whatever (wrong) reason, utterly hate this game, but it is my favorite, along with many others, Final Fantasy game. And near the top of my all time favorite games. I am now 28 years old and I played this game as a junior in high school. I just replayed this game recently and there is such a feeling of youthful exuberance I get from this game that I can only compare it to reading the Harry Potter books. Squall Leonhart is the main character and he was the last true interesting and badass character for a Final Fantasy game (until Lightning who was based off of Squall and Cloud). At the beginning of the game he is a complete loner. When he becomes the leader of his own squad he is a complete asshole to his whole team. He was the last great Final Fantasy main character that wasn't a card board cut out, overly rambunctious kid with a sparkle in his eye and a hop in his step. This is fantastic because we actually see a character grow over the course of the game. We see Squall discover and remember his own childhood and we see him change as a person.

The game centers around mercenary schools called "Gardens" for an organization called "SEED" that trains and sends student out on combat missions. Balamb Garden is the original school of Squall and Zell, the excitable fist fighter that ends up on his team, along with Quistis, a young teacher who develops a crush on Squall her teacher. (! Such a great and weird little twist.) Along the way they meet other SEEDs from other Gardens that become part of their team along with the young and beautiful revolutionary, Riona, who hires the SEEDs for a mission to assassinate the Sorceress Adel. From here the story spins out of the control of Squall's and the team's hands, and we are sent on a grand adventure that takes us all the way to outer space and beyond. This is the only Final Fantasy game that really centers around a romance between the two main characters, Squall and Rinoa. You really get to see their relationship change over time, as you see Squall let down the barriers he has built up since he was a child.

Also there is a great side story that eventually ties directly into the main plot of the game. During the mission, the team falls into a sleep and dream of an alternate team in the past that is lead by the hapless soldier Laguna and his two friends. Why is Squall and his team having these visions? How are they connected with their mission. Does Laguna really exist and is he still alive somewhere in the world? The way the two stories weave around each other is amazing and becomes very emotionally heavy.

There are so many great and memorable scenes in this game, to me more than any game I've ever played: the opening cinematic in the field, the beach raid and escape at the first mission of the game, Squall and Rinoa drifting alone through space, the assassination attempt, and the ballroom dance scene- a scene that was used for a while as a tech demo for the power of the PS1. It still looks good even today.


I could write a research paper on the story of this game, but I will keep it short. The last thing I want to mention is the card game called Triple Triad, the best mini-game in any game, ever. Basicall you collected cards with numbers that correlated to each side of the card. Then you and your opponent laid the cards out on a 3 by 3 grid. If the number on your card was higher than the one on your opponent's card next to it, then that card flipped and became yours. Whoever had the most cards once the grid was filled, won the match. Different regions of the map had different rules and the rules could be virally spread to different regions by talking to the right people. This is the only game where I've spent so much time on a mini-game collecting all the cards and playing games, searching out all the different rules and game types.

If you have not yet played this game, do yourself a favor and give it a shot. The music is great. The story is grand. The characters and their relationships are deep and interesting. I think I might get out my PS2 and play it again myself.
44 Comments