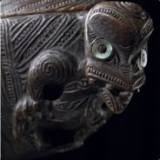 @ZombiePie: Thanks for the plug!

For next time, I offer my Binding of Isaac review for consideration, if you don't mind.

Having just been playing Nethack, I read this as "Do you #pray when there are no other options?"

Not to sound bitter, but without better hints, this is a big fuck-off click-fest. This is like a 90s adventure game, where the real difficulty is figuring out which of the many, many options is the one the designers meant. There are so many possible options which don't count as right (like mentioned above, Atari and Sierra don't count for the duos, nor do Psygnosis or Codemasters or Microprose).

Except finding the video. I liked that one.

The quest isn't about companies as duos. It's about people as duos founding companies. The original script that I submitted had many hints, but I'm guessing it was too long, so it was changed. But I've spent the last few hours in the thread supplying hints to help out.

No, I mean, Atari, Sierra, Psygnosis, Codemasters, Microprose, etc., are companies started by a duo of guys, were prolific and important (Atari!) and don't count for the quest.

Thanks for helping us duders out, though!

Not to sound bitter, but without better hints, this is a big fuck-off click-fest. This is like a 90s adventure game, where the real difficulty is figuring out which of the many, many options is the one the designers meant. There are so many possible options which don't count as right (like mentioned above, Atari and Sierra don't count for the duos, nor do Psygnosis or Codemasters or Microprose).

Except finding the video. I liked that one.

The Your Stats link gives a 404 error (the Notification Preferences link works just fine). When I checked all the content I've posted here, I didn't find any that had received more recommendations since yesterday. This is generally mystifying to me - I guess some jank has gotten into the notification back-end.

As Good As It Got is a blog series I post whenever the fancy strikes me, revisiting some of my favourite moments in video gaming history. While I don't try to address the question of whether video games are art (something I suspect we'll only be able to settle in retrospect some time in the future - the scene is still developing very quickly and its hard to know where it will go), I do cast a critical eye on the status the games in question are supposed to have as aesthetic experiences. The line I push is that there is some really interesting things happening on the level of art and aesthetics in some video games, even at the best the history of video games is a series of qualified successes.

The Longest Journey is one of the last and best-loved products of the boom in serious-minded adventure games in the late 90s. It is especially well regarded for the depth of its protagonist, April Ryan, one of the few well-rounded female characters in the industry, how developed the setting is, and its thoughtful art direction with visuals, sound design and environments that exude character. While this is all true, I don't quite share this high opinion of the game - to put it bluntly, the ending to the game is an unmitigated and frustrating disaster. The climax is where the writers quite nakedly try to cash in on the emotional connection they have hoped you have made with the character. The result is a trite family issues play. That would not have been too bad (not every story can be A Doll's House ), except that almost without exception every other character and plotline is simply thrown under the bus. Only the couple of people the game has killed off and Mr MacGuffin get an ending of any sort (this list pointedly does not include April Ryan herself - she's as much left in the wilds as everybody else). There is simply no mention of what has happened to April's relationships and commitments - it just doesn't get mentioned. Wasn't I supposed to care about those things?! The result is a series of loose ends fluttering around with all the dignity of a sackful of shopping receipts, but you're supposed to ignore that because of feelings. This indicates a game that is somewhat too taken with itself and the message it was hoping to convey, which lead to a predictably disastrous sequel.

But, despite this rather spiteful start to my post, I'm not here to complain. The Longest Journey is at its best when it is allowing its setting to reveal itself to you as you simply play, and in this regard it is occasionally remarkably successful. There is one particular moment in it which is an especially good example this, making use of the interactivity of video games in order to best develop the narrative world (something which I also discussed in my post about Psychonauts). Somewhere in the middle of the game you are in a police station doing adventure-game stuff, which includes checking every clickable item in the environment. You need to break into the archives of the station to find out more about the conspiracy you find yourself caught up in - an stressful task in an oppressive environment. It can then be nothing except a surprise when, clicking on the phone booth inside the police station, April decides to phone home. This is all the more significant because she effectively is a runaway and hasn't spoken to her parents since sneaking away when she reached majority. Her mother's face appears on the video screen, she is amazed to see April, asks how she's doing, pleads with April to go back home, at which point April ends the call, realising it was a mistake. This is, for me, far and away the most poignant part of the game, and a real highlight of my time in this hobby.

There are two reasons why this works. The first is that the introduction of this insight into April's personal life is handled with some excellent writing. April is in an unfamiliar environment caught up in issues she doesn't understand but which she knows are deeply dangerous. She has been dumped first into the colourful and alien Arcadia and then back the familiar but forbidding Stark, which no longer is her home in any real sense. In such a situation, it's easy to see why a glimpse of her family might be something April might want: troubled as her childhood is hinted to have been, there are times that it's better to have the devil that you know, and family is family. But also, tying into the line I'm trying to push here, is the fact that this little episode does not happen unprompted - it happens because of what you, the player did. It is entirely possible to finish the game without seeing this sequence (though smart design makes this unlikely). If this sequence were to happen in a film, it would almost certainly feel contrived, because it is such a deliberate side-step from the action of the plot and one that would be hard to motivate. The good writing I mention above can only go so far. But in the game, you are making April run her hands over most every item in the environment, poking at it, seeing if she can use it with something she's carrying. This is exactly the type of pacing a film, or any other non-interactive medium doesn't have - action at the audience's prompt. The abruptness of the moment is mitigated and put into a context by the fact that it happened on my instigation. What else did I expect to happen? I was clicking around without any clear purpose, prodding the game world to see how it would respond. And, in a significant and touching moment, the game world prodded back.

I believe that if games are to really make an impression on the wider world, there needs to be more examples of them using their most distinctive feature, their interactivity, in striking ways. In this way it will become less a hobby and more the cultural artefact which every aspect of the medium demands they should be (as Mike Krahulik put it once, they are "art piled on top of more art"). I think their problem now is more one of image and recognition - we can wax lyrical about the merits of, say, films and novels, because we have stores of successful examples to point at (giving a look to the standing of novels in the history of the art-world .is an illuminating example, I think - a centuries-long struggle for recognition, hampered by most of its examples being silly, stupid or demagoguery). Though The Longest Journey falls far short of being a paradigm of what a worthwhile and significant game might be like, moments like that phone call in the police station give a suggestive glimpse of what it is our past-time might offer to the world.