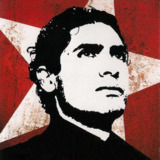 Wheelman of the Streets

Why the Fable Trilogy Needs a Remaster

Fable is a game series that's new but familiar to me. My first experience with the world of Albion was through Fable Anniversary around 5 years ago and although I had some issues with the game I relatively enjoyed it for what it was, its sequels I enjoyed more so.

With the last few years being full of noteworthy remasters & remakes (even the obscure Shadow Man game got its own remaster) and some rumors of a Gears of War collection surfacing recently, I thought how great of an idea it would be for Microsoft to remaster the Fable Trilogy to coincide with the announcement and upcoming release for Fable 4.

Now some people might be against this, particularly due to the fact that legacy Fable titles can be played through Xbox's backwards compatibility program, but I feel that all those games (including Fable Anniversary) could do with some tweaks and enhancements for modern consoles. Something similar in scope to the Halo: Master Chief Collection would be a perfect fit for the Fable trilogy, below are a few ideas I would have for a Fable Trilogy remaster (I've also included some possible names as a bonus!)

One thing that the original Fable Anniversary should've had is the option to switch between classic and remastered graphics on the go. It's an option that I feel most major game remasters should make use of, and Fable Anniversary was an obvious leap in improvement when it comes to graphics. Out of all games in the Fable Trilogy, I feel that the original Fable's remaster should remain the same as it graphically looked in 2014 and a Fable II remaster would benefit from a modern graphical upgrade - while also retaining classic graphic settings.

Let me be serious, Fable has never had particularly good DLC. Fable II offered two underwhelming DLC packs which could be completed in a few short hours and Fable III had copious amounts of game content locked behind paywalls. If it were up to me then the Fable Trilogy would offer all DLC for each game free of charge, and that's something I would hope for a Fable Trilogy remaster.

Behind the Scenes Footage

I believe that Fable's development history was quite interesting if not ambitious, it was clear that the developers wanted to put all they could in the game but were stopped due to technical issues with the original Xbox. When viewing behind the scenes footage of the series' development, we get a sense of how far the series has come and what it strived to be back then. If a Fable Trilogy collection also offered exclusive footage of behind the scenes, then it would help players to appreciate the craft that the developers put into making the games.

LittleBigPlanet & My Issues with PlayStation

For those who are not aware, I grew up on PlayStation - the first console I ever got to own for myself was the PlayStation 3 and before that I briefly had a PSP for sometime. And although I had minor issues maintaining my PlayStation consoles, I still cherish many good memories of playing games like LittleBigPlanet during my youth.

However it has become abundantly clear to me that PlayStation has little to no regard for customer feedback and game preservation. The last straw for me was the immediate shutdown of LittleBigPlanet's PS3 servers last year.

When I first heard about the server shutdown, it was a hard pill to swallow. A game series that I grew up on and yet had a small but active fanbase surrounding it being snuffed out geniunely shocked me for a while. Particularly because there was little to no pre-emptive warning of Sony shutting them down, despite some server crashes in the months prior to the shutdown. The official reason as to why the servers were shut was due to DDOS attacks and low regulation of content being distributed within the game, this was not just a simple shutdown due to cost.

What upsets me the most about this to this day is that Sony still aren't offering any solutions to this issue. Although we have access to LittleBigPlanet 3's PS4 servers and you can still play created levels from previous games, it still doesn't feel like enough. What I think this series needs is a complete modernized collection of all LBP games including the PSP & PS Vita Editions.

We had a glimpse of this through the announced free-to-play game LittleBigPlanet Hub, which was advertised as game solely focused on user-generated content and challenges, also allowing you to play story & DLC levels from previous LittleBigPlanet titles. This game was quietly cancelled due to unknown reasons, presumably due to the fact that Sony stopped officially supporting the PS3 in 2016.

This is a concept that Sony should bring back if they want to salvage the LittleBigPlanet community, and introduce it to a new audience. LittleBigPlanet Hub sort of reminds me of Halo's Master Chief Collection, in the sense that it gives players a collection of legacy titles as well as new features such as medals and skulls to keep old players interested.

To be honest this server shutdown reintroduces a flaw with PlayStation's idea on game preservation; we already had fears of Sony shutting down the PlayStation 3, PSP and Vita storefronts which shows their disregard for digital media. Even some of the higher-ups at Sony Computer Entertainment don't see the true potential the game preservation could bring, which is startling to say the least. Perhaps with Xbox's successful game preservation program & recent news surrounding PlayStation's backwards compatibility, this should be a wake up call for Sony.