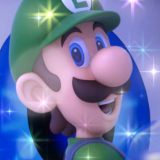 About two years ago I wrote about how I had a bunch of old "On the Spot" episodes from 2004-2007. While I planned on uploading and annotating these lost episodes, I got lazy, forgot, and never wrote another blog post about it. Well that ends today. The long awaited second post for Classic Bomb is live.

What is Classic Bomb you might ask? It's where I go through and annotate old episodes of "On The Spot," a old Gamespot show that many of the staff of Giant Bomb were the hosts on. Gamespot's website no longer has these videos so it is up to me to make sure this content lives on.

Today we get to relive Fall 2004 with the launch of both PSP and DS, a violent video game debate, and speculate about future video game boxes (spoiler: it's called an Xbox 360).

We got PictoChat Tic-Tac-Toe action on DS launch day, Jeff plays Halo 2 while rocking a dope haircut, and a quick look at a very cool stylus.

This episodes covers a lot of the violent video games controversy that was big around this time. We also get to see Jeff play Mario Party. I don't think he's a fan.

For all to see, here is the most violent games, according to ICCR (Interfaith Center on Corporate Responsibility.

In this episode we get a first look at World of Warcraft which was released a month before. We also get a preview of the PSP in Japan and some predictions of the next generation of consoles.

Love how Rich talks about next-gen and how the games at launch will look good but at the end of the next gen consoles, they will look amazing. Perfect Dark Zero to The Last of Us?

We got PSP's straight from the Japanese Launch and talk about EA buying the exclusive rights to the NFL for future Maddens. R.I.P. ESPN NFL 2K5.

That's all folks. Expect more in a couple weeks (I promise!)