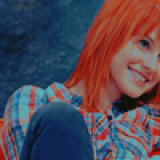 @frostyryan: Yuppppp. Silly mistakes like that are apparently what happens when you split your focus between browsing the internet and doing homework haha

I've never been into parties in general. I'm classic extrovert, and being in heavily crowded social situations for an extended amount of time just saps me of all my energy.

Birthday parties, family get-togethers etc, I'm all on board for (love them), but I only very occasionally venture out into parties haha. Just not really my thing. I'd rather just have a low-key get-together with some good friends and/or family.

I've been writing in some form or another regularly since I was about twelve years old. It started out as a form of therapy for me. I would write songs, because I could never get into writing diary entries. I'd scribble in the margins of my notes, or in my agenda, during the school day. It was a constant way for me to work out/through the emotional overload that I was almost constantly going through.

Then I began writing my own books. I was about fourteen at this point, so they were about as awful as you could imagine. But I had a whole family tree, and pairings for an entire series, as well as character bios. It was hokey, but it was important basics. I ditched them, and started writing in other ways in the years that followed, ways that I'm still writing today.

I'm about to embark on starting a novel again, and I am continuously putting it off for fear of failure, and fear that I will not meet my own admittedly unreasonable personal standards. But I know that I'm going to get over that hump, and I know that I'm going to write that book. And it may never see the light of day in distribution. No publisher may want to touch it. And those are demons that haunt me.

But it would be my book. That I wrote. That I put out there. Something that I created. With my own mind, by myself. And that's enough for me.

I guess what I'm getting at, is that we (writers, and really anybody in the creative fields), will always be our own worst enemies. It's learning how to love what you do, and love it for yourself.

To echo what people have already said...you wrote two books! That's amazing. You're writing another. That's even more amazing! It's healthy to be critical of yourself to a degree, but you can't let your own worries and critiques prevent you from doing what is obviously a driving force in your life. You're a writer, dude.

And please remember (I'm so sorry this is so corny, I'll see myself out afterwards), that even if one person reads your book, that is the chance to impact somebody's life, if even in the smallest of ways. People find inspiration in the most unexpected, and sometimes mundane, places. There's plenty of reason to believe that they could find it in one of your novels.

Also, I'm bookmarking this thread for my own inevitable need in the future.

What I'd give for a beer right now :(

This one brought me to tears when I read it earlier. Eloquent and heart wrenching.

Been listening to his summerjam playlist pretty much all day.

This was beautiful and just yet another highlight of how truly well thought of Ryan was by pretty much everybody whose life he had touched.

Snide leaving is some of the saddest news I've seen around in a while..,but the fact that you're coming back aboard, man, it's fuckin' awesome.

Does this mean that there will now be an influx of puppies and Emma Stone into GB?

I live in a small suburban (population is less than 6K) town about an hour outside of Boston.