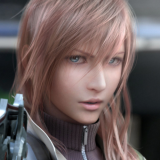 Last year it was time for the annual GDC & Gamescom ‘09, both of which I attended. Monday and Tuesday marked the days of the Game Developers Conference, where I was presenting my company and our game to a whole crowd of other game developers and media. Even though I no longer work for that company, I hope I can visit GDC in Germany again later this year.

Last year we basically had a booth with a large TV screen that showed the trailer of our game over and over again. People would see this and stand there for a while, at which point they usually expect you to start talking with them I suppose. Rambling through the same speech continuously gets quite repetitive, but thankfully the people were interested enough so that you could mix it up a bit with some decent game development conversation.

Other than that there were some great lectures about topics such as visual art in games, programming and game design. The most memorable lecture for me was Remedy’s Max Payne to Alan Wake, which gave us some exclusive footage of Alan Wake to boot!

Wednesday was the day for the large Gamescom event. You could think about it as a European E3 but a whole lot smaller with less announcements. Being able to be there on Wednesday meant that there would be no consumers attending yet; other developers, media and spokespersons where filling the halls. The coolest part was being able to play a lot of unreleased games such as Diablo III, Starcraft 2, Final Fantasy XIV Online, Dark Void, Lost Planet 2 and many more.

The biggest let down for me was not being able to meet up with Hideo Kojima. While I was able to meet many awesome people like Brian Crecente, Adam Boyes and developers working at my favorite game studios, made many new friends and ran in to some old ones, Mr. Kojima was a difficult man to meet up with. All in all, good times though! If your ever planning on attending GDC & Gamescom, just do it, you won’t regret it.