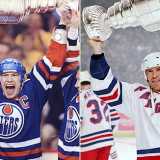 @tuxedocruise:Sorry for taking so long to respond. There hasn't been much of a reason to visit a site without content.

Thank you for the examples. They are cases of companies manipulating wireless service, but I understand the implication. Big ISPs are looking to make the most money, the big data content providers are looking to avoid paying for the access despite driving demand, while avoiding regulation themselves and the federal government just wants their cut & control.

The admission of the throttling of Netflix by Verizon is specious and wasn't caught by a governing body but the consumers and called out by the collective internet that noticed. Like the peer to peer example, that was a lawsuit brought by customers. The exchange of data between content providers, the intermediaries and ISPs is a complex thing and prioritization problems will continue to occur regardless. It is impossible to "treat all data the same". I don't find the concept of people whose data needs cause a higher demand paying more than my mother who never streams a video or downloads 100GB games, horrifying. If your activity requires higher prioritization which costs more to provide, why shouldn't you (or the content provider that gets advertising or subscriptions) pay for that?

It's not like ISPs didn't answer to the FTC prior to the 2015 legislation either. Business practices, including the collection of private data, were already under their purview. The case for why the FTC isn't a good enough watchdog hasn't been sufficiently made.

Simplifying the permit process for new ISPs, offering grants to start up companies and encouraging competitors to expand their coverage would do more for broadband access & cost than putting an archaic bureaucracy established to regulate the telegraph industry & terrestrial radio in charge of deciding which internet business practices are allowable to even explore.

If you are open to the arguments against Net Neutrality, of which there are more than we've discussed in this thread, I encourage you to read this.

@elmorales94: Unless I missed some actual change in ISP behavior as a result of this passing, there has been zero tangible benefit to the consumer from the 2015 law. Only "protection" from hypothetical scenarios that haven't materialized in the 30 years since the internet started being a publicly available thing, while giving the federal government an opening to push for further interference and censorship. I see no less of a danger from an unchecked government agency eventually regulating what content is allowed to be accessed than you do from a business attempting to charge us to get a better quality Netflix picture.

I respect the opposing position, I think we both want the same thing. I just think we are less likely to get what we all want by asking DC to get involved. It stifles innovation and creates a barrier for entry that almost guarantees less competition and worse service.

The lack of competition has a lot to do with government interference.

I'd understand people thinking the internet needed government regulation if the internet didn't expand to what it is today without it. If there were actual examples of instances needing regulations and not basing it entirely on hypothetical situations. Was there one actual practice, that a company was actively charging for, reversed or canceled as a result of that legislation? This is just one giant faceless entity trying to get oversight on another giant faceless entity. Neither of which have shown they can be trusted, but at least I have power as a consumer over what service I subscribe to. It's not like the government getting involved will somehow reduce the cost, it has only increased it like your cable and phone bills that have FCC & federal surcharges on them because their oversight is never free (or worth what they charge). All you do is pay for more desks staffed with bureaucrats at unaccountable agencies.

It's paradoxical to want to get the government involved to keep something free & open.

@themanwithnoplan: Seems mostly like a lot of projection and snark because his opinions don't conform to industry group think.

This show is pretty good. I've got through the first 9 episodes in 3 days and it's gotten better as it goes. Really elevates the back half of Daredevil season 2 as well since I now see they were starting to lay the groundwork for Iron Fist and what is yet to come. The Defenders series has a real shot of being something great. The casting on the titular Netflix heroes has been perfect, all strong performances that bring the characters to life. I look forward to seeing them interact in the team-up.

I find the manufactured outrage by racist critics cringe worthy. If all you care about is the color of the person playing a character, that says more about you than the people who made the show.

I thought it was great. Performances were fun, the characters were defined enough for me and got me invested in the outcome, a good amount of humor, visually pleasing, the action was exciting. I'd welcome a sequel. I don't over analyze this stuff. This isn't meant to be serious business.

This is the greatest trophy screenshot ever taken (pun intended)

We blazed through Vault of Glass

We cruised through Crotas End

Then came Kings Fall and we spent more time on the final encounter with Oryx than we did on the first two raids combined. It was all worth it though. We conquered all 3 raids in about 13 hours and raised over $1,000 for Extra Life in the process. All around a great day.

I can't thank all of you enough for putting in the time you did, showing the patience you did (especially with my terrible jumping skills) and making it a great experience. Could not have happened without you guys.

Special shout out to @sylar112 (aka shaddypaw) for sending encouragement through Twitch chat and for the generous donation. It was really appreciated!

I hope I get to play with you guys again soon.

Excited to get this started!

If you want to follow our progress, I'll be streaming here - http://www.twitch.tv/tjwilkinson

If anyone else will also be streaming, post your link.