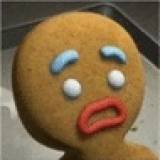 Lots of games have a whole team dedicated to building a demo. As in its a separate product using similar assets (In most cases... not this one, they made better assets).

I would prefer just seeing the game in Alpha rather than a separate 'demo' product. But thats not how publishers and studios work. Can't let you see a wart after all....

For me, Persona 3 and 4 are the first games were I was just completely and utterly absorbed by the characters and their stories. Like, I love FF4 and FF10, and Mass Effect etc. I like RPG's... but these are the ones constantly on my mind... Love the battle system, love the music, love the gameplay.

I am so thankful that I made an impulse by one day and picked up Persona 3 FES and Persona 4 from gametraders just because I vaguely remembered having heard good things about shin megami and the cover was appealing. Now Shin Megami is my number one game franchise, rising above my love of Zelda. Have gone through SMIV and Devil Survivor overclocked, have nocturne/lucifers call on the go, with Digital Devil Saga in the wings.

If you like RPG's you owe it to try one of them. Persona 3 is my favourite, many prefer 4. Either will do as a starting point.

They have said they arn't doing this, but im in the camp of a combined home/handheld. Something I can dock for the bigscreen, and take on the road. Stop splitting their resources and have just one awesome platform and let the gamer decide if its a portable game or not.

I liked the trailer. Added some more details. The more I watch it the less I think I know about whats going on.

All the gameplay from the very first day. So I wonder if you already know your comrades? Or you have just organised to catchup for the first time online? to pull this heist?

The first day game play also looks like during the heist, you get captured, locked in a cell... at which point you appear in the velvet room, also in a cell... sign your contracts, then return to reality and awaken? There are a couple of flashes of the velvet room before he 'startles' awake. The reality prison has some chains on the wall behind him and the two shadows? in front of him, barring his way.

What's thought to be Arsene's voiceover kind of supports this, but the order of events in the trailer is disjointed. At the end of the trailer in the velvet room, Arsene says "We will meet again... at the moment your destiny has been determined. Hahahaha!". This could then be immediately followed by signing a contract with Igor and waking up.... or... since you seem to do so much more damage than your counterparts, you lose Arsene for a large portion of the game? and summon him again later?

Interesting to note the icon by the date, looks like it occurs during the daytime or the weather forecast is important again since its a Sun.

I personally prefer 3 over 4 but there are some mechanic changes which make it easier to go old > new.

Civ 3 would be awesome if no one has asked :)

They won't kill Ken. Most likely he will be in Persona 5 as one of the crew, now a badass since he lived through p3 so young.

You should be ashamed of yourself.

Haha I know. Sorry. But he turned out to be a badass in my The Answer run and from there he grew on me.

I don't think I'd mind P5 with Ken being the senpai whose done all this shit before :)

Wish it could just be a dlc addon to the existing game. Like the SSIV one was. And yes, fuck zen united. incompetent.