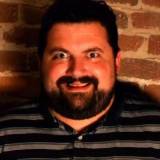 Has the Xbox One Already Lost in Europe?

Microsoft's Xbox One was released on November 22nd, 2013, little over a week after its direct competitor Sony's PlayStation 4. These are two systems with comparable technical specifications (barring any non sequitur arguments about FPS) and will feature much of the same games, along with a few exclusives. They differ from Nintendo's Wii U by being technical powerhouses that push us into the next generation of video games and, despite some major gaffs on Microsoft's side early in the game, will probably be neck and neck for the duration of the console generation. Or they would be, if the Xbox One was even in the game.

I live in Norway, which isn't a part of the United States or Asia, but in the minds of some publishers it seems like it's not even part of Europe when it comes to release dates. This isn't a phenomenon isolated to the northern kingdom, as we are lumped in with our scandinavian neighbors as countries big enough to warrant localization of titles. This results in an odd phenomenon where games and systems which are released in "Europe" don't come to the scandinavian countries until the manuals and interfaces have been translated to our respective languages. Nevermind that English is a mandatory second language for all citizens, there is a defiant insistence that we need things translated to our native languages before they are permitted to grace our frost-covered lands. This, in my mind somewhat myopic, adherence to guidelines results in a strange blend of languages where the back-of-the-box has a campy and cringe-worthy translation of blurbs for a game that is entirely in English, or when a game filled with American characters speaking English to each other in America using computers with a Norwegian interface.

It's strange and somewhat immersion-breaking, but being a native of this country it's something I've come to expect and you get used to ignoring the disjointed mishmash of languages and the fact that a "European release" may not mean "released across Europe", with some titles never even making it out of the United Kingdom or the big four (Germany, France, Spain and Italy). It's frustrating, but the cost of living in one of the happiest countries in the world.

But then there's this.

I'm in the mood for a new console. It's been sufficiently long since the release that games I want to play are available on current generation consoles, so I feel that I can justify the purchase of a new console. I was a little surprised to see that on the website of a local electronics store it said that the Xbox One was coming in September, but I assumed that it was their way of saying "we ain't got nothing for you if you didn't preorder". Imagine my surprise when I saw the above text on the official Xbox website. In case you don't speak Norwegian, it roughly translates to "Xbox One is coming September 2014". September 2014. September. Six months from now and TEN months after the official release date. Not to say ten months after the release of their direct competitor, a console which is in the broadest terms indistinguishable from the Xbox One.

Delayed distribution aside, this is an amazing oversight on Microsoft's side, to delay the Xbox One's rest-of-Europe release by almost a year. I'm not entirely sure what is the reason for this, but either the European market (excluding the UK and big four) is too small to release a console in or Microsoft are underestimating the impact this will have on their fanbase. In September, after the hype from Titanfall is all but forgotten and gamers have been bombarded with current generation advertisements, reviews and banter about leaderboards and plot points, I wonder how many people will still be waiting patiently for the Xbox One to become available, especially when the PlayStation 4 is right there, available right now as a comparable alternative for less money.

Maybe Norway just isn't a big enough market for Microsoft to really care about, but as of this writing the Xbox One is only available in 13 countries, leaving a lot of holes for Sony to fill. In the coming months, gamers all over Europe will hear about great new games being released and will just have to wait patiently for Microsoft to get their shit together. Or pick up the other console. You know, the one that's already here.

Blogs Created:
19 blogs
Most Commented blog:
Has the Xbox One Already Lost in Europe?
Total Comments on blogs:
72 comments