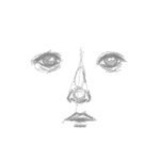 So i'm not sure if it's just me, but i'm really not understanding why this needs to be it's own game. I know it's being made by another studio, uses different voice actors, etc, but from what i've seen an overwhelmingly large part of Origins seems incredibly similar to Arkham City (the look, Batman's moves, the interrogations, etc).

Now i'm not saying i'm necessarily right, i'm basing this point of view on what i've seen and the recent walkthrough WB Montreal has presented us with, it seems like it'd be better off being a large piece of DLC for Arkham City than it's own game (again, I know this can't happen, but I mean theoretically).

So help me out, am I missing something super-obvious here?

Bioshock is currently going at $19.99 at Gamestop! Not sure about our neighbours in the states though.

Thank you for all your responses. To be honest my first choice would be Sleeping Dogs due to my ties with Hong Kong, however according to play-asia's list of compatible games, the US/CAN version of the game won't work on my Asian xbox which is a real shame, though i'm currently looking into any other methods I can get my hands on it.

My 2nd choice would either be Bioshock Infinite or GTA V, though I wonder if my current excitement is simply due to how current they are. I don't want the effect of them being "the hot topic" to overshadow some of the other older games. The games industry is a advertisement wizard afterall!

From what some of you have written the Mass Effect Trilogy seems to ALMOST be right up my alley. It's heavily story driven, with customisation being at the very core. However some people have voiced that Mass Effect 1 is relatively short, so shouldn't be much of an issue, though FYI i'm a person who likes diving deep into games, experiencing every nook and cranny, which is also the reason why I also most likely will not skip the first in the trilogy if i'm to experience any part of it at all.

Being someone who is constantly travelling, the issue of a region locked xbox is pretty substantial for me. Having bought my xbox from Hong Kong and am currently living in Canada, buying games for it is a bit of a pain as you can imagine. However, recently having done a bit of Googling online, i've come across several forum posts by people claiming that simply changing your xbox's region (which can be done every 3 months) allows different region games to be played. Is this true?

As a busy student who has little time and money for games, I find myself unfortunately only able to purchase about 2 games a year (if that). This means that on the rare occasions I do buy games, I tend to look for the GOTY Editions since they give me the most content. However, this also means that I hold back on purchasing games, thinking that GOTY Editions will release when in fact they might never. So my question is how are GOTY Editions brought about, and how long should I wait until I give up on waiting for the never-arriving GOTY Edition and just buy the darn game? Thanks in advance!

@fetchfox: So basically I'd like to restart "new game +" 'cos I want to play the whole game with the catwoman dlc as one whole story rather than play the catwoman bits on their own. I own the game on a 360.

Any way I can restart this? Thanks.

Luckily I still have my Gamecube... :)  But it would've been awesome if it could...  Though saying that I don't think that supporting 2 previous generations is asking for too much... :/

I originally set up my account in HK, and now when I want to migrate it, they only give me the options of Czech, South Africa, etc...  How can I migrate it to Canada?  If that 's not possible then can I use the cards here for my HK account?  Thanks!!! :)

" The Microsoft executives all stand in a circle around the CEO.  The CEO spins around really fast and when he's too dizzy to see who he's looking at, throws an Xbox 360 power brick straight forward.  If it hits someone, the codes are put into whatever upcoming game their grunt of pain sounds the most like "