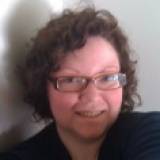 I haven't blogged in a while.  What's worse, I haven't played anything new since the Shadow Broker DLC for Mass Effect 2 (which was awesome btw). the bf moved in and he hasnt set up the tv yet. he plays at his desk, so no rush for him.  fudge.

I think I found another PS3 game to play

and that game is 3D Dot Game Heroes.  If you haven't checked out the Quick Look posted today, you should.  All of my Zelda memories are coming back.  I beat Zelda three times; I didn't like that Nintendo made squeals having the princess being kidnapped again because I spent so much time and energy saving her pink-dressed ass in the first game.

I want this game!  It looks like so much fun!

I didn't care for Alistair in Dragon Age until my third time playing the game when I was determined to have a fling with him (it's an achievement after all).  In order to get him to like you, you have to listen to him and talk to him often.  When I was nice to him and actually listened, I learned why he is the way he is: he's an orphan, a bastard child unwanted due to him being a threat to the rightful heir and whose mother died giving birth to him, which is why all his sister wants from him  is money.  Also, he saw Duncan as a father figure and he didn't have friends until  he became a Grey Warden, so all of his friends and his "father" died at Ostagar.  After all of this he's expected to save the world.  I understand why he leaves most of the decisions to my character--he's an emotional wreck and he knows his decision-making skills are not sharp. All he wants is to let you lead and to fight bad things.  That's his way of coping.  He's a damaged knight, and for a lot of us (me included) that was new; we're not used to complex, emotional heroes/knights in RPGs.  Alistair is like a lot of us, which is why I think many of us didn't like him.  If you play the game again, give him a chance....and all of Cailen's armor.

I'm not used to blogging everyday, but it has gotten me to write everyday, which is cool.  I used to live in the LA area; after 8 years there and hardly a creative word written, I've actually be scribbling again less than a year after moving to MN.  Go figure. I think I have about three more days for this quest.  The other sites have this same achievement....

my brain is so fried from doing the new quest, i don't have anything much to say.

All I want to do is watch anime, or play ME2, or be with my boyfriend.  I could watch anime, but then I'll feel guilty.  At least I'm doing my laundry.

Why does FaceBook need to know our likes and keep all the info for themselves? Me no like. Think I'm going to take a break from FB/Zynga games.  Maybe just feed my puppy.

I'm going to try not to goof off on FB as much.  Besides, I have other things I can do to goof off.

Going to watch the latest installment of VJ's Deadly Premonition; watch Lost, and then do an endurance run of my own by watching lots of the Persona 4 run with my boyfriend!

I've been teaching for almost 8 years.  I would love to have students like Funky & the rest of the Persona 4 kids.  I'm so into the endurance run.  I have resisted the urge to watch the videos on my own.  I will wait for Nick.  I will.  I promise.