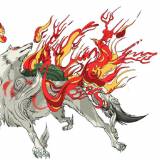 Dear Sony,
As much as I love you, (and I do love you guys alot) some of your recent desicions have pissed me off a little bit. Please don't do it again.

This October is set to be one of the best months in gaming history with over 100 games coming out in that month. You think I'm joking? Count for yourself at http://www.tothegame.com/monthlyreleases.asp?platform=all&territory=eu&month=10&year=2008

Some of the most hyped October games include Far Cry 2, LittleBigPlanet, BioShock, Fable II and Dead Space. In fact, all of those games are released on the same day! I guess that's just a testament to how jam-packed October is on the video game calender. It's like developers don't want us to pay our taxes, eat or "waste" our time with school or college. They don't care if we live on the streets, begging those rich non-gamers for coins only to be spat on as our social hierarchy has diminished. As long as we spend our time and little money on video games, then the developing gods won't smite us.

OH MIGHTY DEVELOPERS, HOW CAN I PLEASE YE?! What? More games are coming out in November? Hannah Montanna DS here I come!

So I finished Siren last night and I just submitted my review a few minutes ago. Seriously, Sirens story is just one big headfuck and wins the award for "most retarded last boss fight". But even so, I really enjoyed the game and reccomend it to any survival horror fans.

In other news, I've pre-ordered Afrika, and I'm looking forward to Mercs 2. Only 8 more days till my most anticipated game! (That's the former one I mentioned).

Oh, and before I leave ye, if you don't believe me about Siren's last boss fight, then search for it on Youtube. Seriously.

So I started Episode 5 today. The first half was going swimmingly. But the second half of this episode is complete and utter bull. Seriously, this part of the game is impossibly bad. I've given up for now, but I tell you, I'll definately be hesitant to replay through this game again thanks to this part. Ugh.

It's like eating a 5 star gourmet meal at a restaurant, and when you ask for the bill the chef comes up and farts in your face (a cookie if anyone can guess the reference).
3 Comments

Sorry I haven't given you guys a Siren update in a while (You probably don't care about it anyway :P), but I've finished Episode 4 and I'll be starting Episode 5 tomorrow. I still think this game is great. When I played yesterday, I left with a bitter taste in my mouth, thinking that the game was going downhill as it provided little scares. But it turns out, it's just because the character I played as has a rifle with infiite ammo, and can produce one shot kills. So I turned on my console today, thinking I was a hard-ass, ready to not be scared. This playtime reminded me that, I am, infact, a little pussy.

I've also have downloaded the Facebreaker demo, and I'm uploading my face into it as I type. Hopefully I turn out more macho than I actually am! No-one likes a boxer who looks like a stick-insect.

But yeah, that's it for now. Maybe another Siren update tomorrow.

Siren vs Me. Siren wins.

After itching to play this game all day, thanks to last nights great first impression, I waited until it was pitch-black outside, turned all of the lights off and cranked up the volume. Even while the game was loading up, I was nervous. Knowing (or rather, not knowing) the horrors that awaited me. I loaded Episode 3, watched the trailer about what had happened in previous episodes, and then began to play. The next paragraph contains spoilers, for those who don't want some scares revealed to them.

I was cast into the shoes of a young girl. She was around 12 years of age, and the daughter of other playable characters who were nowhere to be seen. She was in a dark, dank and dreary room. A room in the depths of a hospital. The sound of a Shibito muttering to herself can be heard close by. Immediately I panicked, and hid under the rusty hospital bed. The sounds of the Shibito continued. A couple of minutes later, I figured the Shibito wasn't coming in to this room, so I crawled back out, into the open. I pressed up against the door. Bella's (the name of this girl) heartbeat grew louder, and quickened in pace. Anxiously, I opened the door.


I arrived into a dark and cold hallway. A shadow cast by the mumbling Shibito lies on the wall at the end of the hallway. Naturally, I proceeded in the opposite direction. There was a set of stairs at the other end of the hallway. I knew I needed to go downstairs to escape the hospital, but I really wanted to get as far away from this creature as possible. I creeped up the stairs until I met a door. It was locked. Reluctantly, I turned around and headed towards the Shibito. After what seemed like an eternity, I was right next to this creatures shadow on the wall. I could see the Shibito's face in the shadow, it was pointed in my direction. I couldn't risk turning the corner and have it see me. There was a door next to me, also leaded towards the Shibito. I could flank it, I thought. Never taking my eyes off of the creature's shadow, I quietly opened the door.

About three feet to my right was the Shibito, with nothing seperating Bella and her. The Shibito hadn't seen me. I crept around it, gritting my teeth as I did. On the other side of the creature, I saw an elevator. I quietly tiptoed to it, and called the elevater towards me. Another eternity passed before it actually arrived. Holding my breath, the doors slowly opened. What did I see?

Well, it wasn't exactly that, but close enough. I then proceeded to huddle into a corner and turn the game off. No game has made me do that before, and I've played Fatal Frame. I've decided I will now ONLY play this game when it's light. I will start this part again tomorrow. If I don't post back sometime tomorrow afternoon, expect the worst. Don't come looking for me.
5 Comments

I know I said I'd edit my earlier blog post with this, but for some reason, it won't let me have so much text in the post, so I'n forced to make a new one. This is a direct continuation from my previous entry.

My first impressions are "Holy crap, I was so wrong about the game". I'll admit, the demo was bad. But damn, the full game is awesome! Especially the opening episode. That was the most intense and scary gaming experience I've ever had in my life. Sure, the controls are clunky, but it only adds to the panic as you're being chased by the Shibito (The crazed enemies that bleed from the eyes). I've just finished Episode 2.
Can someone clarify something for me? Are there 12 episodes per chapter, or is it 4 episodes per chapter (Meaning 4 episodes X 4 chapters = 12 episodes)?

About this episode thing you may be wondering about. Have you ever seen an episode of Lost? It starts of as "Previously on Lost" and then shows a short trailer from what has happened so far, and ends with a "Next time on Lost", and shows another trailer about the next episode? The episodes in Siren are pretty much that. They make the game very easy to play in short bursts.

But anyways, first impressions are always good, so let's see how Siren fares tomorrow night, where I'll be playing the next couple of episodes.

About two weeks ago, I saw the Siren demo on the PlayStation Store, and nervously downloaded it. What did I think? I thought the characters were full-blown stereotypes with bad voice acting and the controls were clunky. Scary as hell, though.

So why on Earth did I just spend £20 on the full game? Partly because I have read many positive reviews, and I've been checking up on the Siren forums, and the users there seem to like it.

I haven't played the game yet, I'm going to wait until nightfall. I will edit this blog with my spoiler-free impressions of each chapter, just in-case some of you are hesitant about buying it.

The downfall of the Internet...

Unfortunately, these are the kind of people that flock to Internet forums such as Giant Bomb and GameSpot. While GameSpot is sometimes tainted for being "too strict", sometimes not being strict enough is what attracts these people in greater numbers. I am happy that there is no filtering system on Giant Bomb, I am also happy that anyone can edit pages. This means that the Giant Bomb staff believe we're mature enough to not spam this website with penis jokes. We should take this system as a privelage, by posting genuine info, for not only the good of the website, but to give Internet users a good name. Maybe other sites will see how such a huge hit this system is, without it being abused, that they take on a laid-back approach themselves. But if we take this for granted, well, then God help the Internet.

WOOT! The Bomb has exploded!

After the controversy that went on at GameSpot late last year, I was cautiously optimistic when I heard about Giant Bomb. Scrolling through excellent reviews, hilarious podcasts and interesting videos, Giant Bomb won me over. Although I'll still be a frequent visitor to GameSpot, alot of my time on the Internet will be spent at Giant Bomb. Now the full site is up, I must say, it looks amazing! I applaud you Jeff, Ryan, Brad and Vinny for not only crafting an excellent site, but keeping us all entertained while you did it.