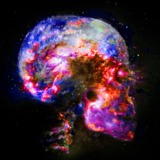 I'm going to predict Giant Bomb's Most Disappointing Game of 2014 as Watch Dogs.

Due to the winner and runner up of the previous auction not responding for whatever reason, we have decided to redo this auction to give more of you a chance to bid on it!

FOR THE KIDS! @oddbit (Lisa A. Striker) carved a Giant Bumpkin LIVE for Extra Life. It's plastic, so it won't turn to mush and it has been signed by all of GB West and most of the guests who were on the Extra Life stream (these pictures were taken prior to the signing). It was originally going to be sent to you by Halloween but that is no longer possible due to the previous bidders failing to follow through. BUT it is plastic so you will have it for all Halloweens to come!

NO JOKE BIDS PLEASE - we will delete any joke bids. Be aware that if you participate you should check this thread and your PMs frequently in case of further instruction or should we try to contact you. Please don't bid any amount of US dollars that you don't intend to donate - if you bid a dollar amount and then wind up retracting it when we contact you, we'll very likely restrict your ability to post for a while, you liar. International or Domestic shipping is included, but please make your bids in US Dollars.

Bidding ends this Saturday, November 1st at 5pm PDT. You will receive a message from Giant Bomb staff or moderators notifying you if you were the winner of this auction; please respond to this message by 5pm PDT November 2nd (Sunday evening) or the next highest bidder will then become the winner of the auction, and we will all shake our heads negatively at you for not helping the kids like you promised, meanie!

Proof of your donation to Extra Life here will be required.

I think most of us knew as soon as it was announced that Rise of the Tomb Raider wasn't going to be truly exclusive to the Xbox One, but this just gets better and better. Yesterday, on Tumblr of all places, Crystal Dynamics / Square Enix released a short FAQ to address the backlash they've been getting on the internet since Gamescom about their upcoming Tomb Raider sequel. On Tumblr. Yes...Tumblr.

This isn't going to affect my stance on the game at all, I'm still looking forward to the PC version in hopes that it's just as good or better than the last game. I just find it fascinated to watch these kinds of announcements backfire when rabid fans freak out about games possibly not coming to their favorite platforms.

Rise of the Tomb Raider FAQ

Thank you for sending us your comments and questions. We looked through the posts on several channels and collected the questions you asked the most into the following FAQ.

I've been craving a good Porterhouse for awhile. Earlier today, I went down to my favorite butcher (a real butcher shop, that's all he does...yes they still exist in San Francisco) and asked for two of the best Porterhouse steaks he could cut me. He looked around in the back a bit, and called me back to the walk-in to show me an entire short loin from a certified grass-fed Angus. Of course it looked great to me but I haven't exactly seen a lot of primal cuts of beef in my life, so I told him to cut two 2" porterhouses from it and wrap 'em up.

He is a truly skilled butcher and it was mesmerizing watching him work. He cut the steaks from the loin, trimmed the fat to within 1/8" or so, and then shaved each side of the newly exposed bone with a special tool. Two inches thick, two and a quarter pounds each. The cost...$78.00.

The beauties are currently sitting on my counter coming up to room temperature slowly over the next couple of hours. I'm trying to decide whether to pan-sear them in a cast iron skillet or use the grill...I'm leaning towards the former.

Here are the porterhouses with a US $10 bill next to them for scale. For those not familiar with US Currency, our bills are 6" long, so that should give you some idea how immense these cuts are! A little more information if you don't know much about beef or the porterhouse cut in particular - it's really two separate steaks in one. The larger section is a New York Strip Steak, the smaller section a filet mignon. A porterhouse is virtually the same as a T-bone, but the former has a larger section of tenderloin on the small side.

Microtransactions for SWTOR all but confirmed in Beta Agreement

I wrote an article about six months ago regarding a Bioware Austin job listing that hinted at microtransactions being used in SWTOR. Well, as many of you may know, beta signups went live over at the SWTOR site yesterday. Here's what I found while reading through the fine print in the beta testing agreement:

(H)    You acknowledge and agree that all points acquired during the Game Program are non-refundable and have no monetary value.

(I)    You acknowledge and agree that all items acquired for points during the Game Program are non-refundable and non-tradable.

(J)    You acknowledge and agree that BWA reserves the right to add or remove points to your account at any time and without warning.

(K)    You acknowledge and agree that BWA reserves the right to change/add/remove points rewarded  in the Game store at any time and without warning.

(L)    You acknowledge and agree that BWA reserves the right to change/add/remove items collected or updated, modify or remove any items in the Game at any time and without warning.

(M)    You acknowledge and agree that points acquired during the Game Program cannot be saved up for or used in the commercial version of the Game.

(N)    You acknowledge and agree that all points will be removed from your account before going into the next test phase (if applicable).

(O)    You acknowledge and agree that points acquired during the Game Program do not entitle you to any points during any other test stages (if applicable) or for the commercial release of the Game.

This seems to be proof that there is, at the very least, a microtransaction-based SWTOR store in the works. Only time will tell whether this store constitutes the entire fee structure for the game, or if this points system is in addition to a monthly fee.

What do you think?

What is the best iPhone case?

I've got an iPhone 3GS coming via FedEx tomorrow or Friday and I need a good case for it. I've been an iPod Touch user for some time and I've always liked the combination of an anti-glare screen protector and a rubber case. I have the Incase rubber sleeve for my and it seems to work well.

I don't want anything too bulky but I do want the case to offer some decent protection. I'd prefer something that didn't include a screen protector so I can replace those independently as time goes on without replacing the entire case. Any recommendations?

Amateur Photographers of Giant Bomb, show us your favorite shots!

I thought it would be cool to start a thread for all of the amateur or would-be amateur photographers out there. I just started a few months ago with my first "real" camera, a Nikon D60. I'm still in the very early stages of just learning how the camera works, and I bought an instructional DVD to show me what the different features of the camera are and how to use them. I've never taken any classes or anything, but I've always been interested in photography and thought this was a good time to teach myself.

So, share your pics, what kind of cameras you use, and let's help each other be better photographers! Please don't spam this thread with random images you didn't take yourself or that are just complete jokes, I actually want to see pictures that people are proud of and took their time with. If you're a professional photographer, feel free to chime in with criticisms and tips as well!

I shoot in RAW and process images with Lightroom 2 64-bit. That's it, I don't use photoshop or anything.

I'm interested in getting into macro photography and doing HDR stuff, but I'll work on that later once I get the basics down. Here are a few shots I thought were decent. I have a strange tendency to hold the camera at a slight angle so most of the time I end up having to crop & rotate my pics, but I'm working on it.

So I came up with a delicious and refreshing drink for summer. Alcohol optional, here's the virgin version:

Glass full of ice
Sprite and/or club soda. I like two parts sprite to one part club soda so the drink isn't too sweet, but adjust as you like.
Squeeze the juice out of two or more lime wedges and drop them in
Add grenadine (cherry syrup) to taste (or any other flavored syrup)
Stir & enjoy.

As part of the continuing series that began a couple of weeks ago with Airwolf Wars - Imperial Edition, I bring you...the opening to Macgyver, Star Wars style! Or is it the opening to a Star Wars TV show, Macgyver style? Who knows. This will probably only appeal to people old enough to remember Macgyver that also are Star Wars nerds, but I don't care, I love this stuff. Enjoy.

In this week's obligatory Star Wars-related entry, I bring you the genius of Airwolf Wars. I love this stuff, and this gets the nerd in me excited for the upcoming Star Wars live action TV series.