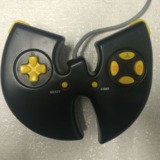 I would like to thank everyone who played in our first GB DBFZ tournament! Congrats to @kuutochi for winning! Big thanks to @esrever for organizing and streaming the tournament. Stream archive of the whole thing can be found below. Tournament bracket can be found here.

@flstyle: It is! Sign up here https://challonge.com/tournaments/signup/1WnJFe2tJZ for the March 23 Tournament starting at 8:00PM EDT.

We're back and here's Johnny! Looking more buff than ever with the newly released Rev2 patch! Guilty Gear rocks on with the return of Tournaments and Casual Fight Nights. Next one is Sunday March 4, 7:00PM EST (Tonight!). Sign up here http://challonge.com/tournaments/signup/pjiF7TpA4S and check out the rules.

Unfortunately, due to connection issues with Ring matchmaking, we will be moving the first DBFZ Rage Quit Weekly Tournament to next Sunday (February 4th) Hopefully, Bandai will release a patch in the meantime. http://gbrqw.challonge.com/5kdjd7nn

Tonight will be our last Rev2 Tournament for the foreseeable future since we will be concentrating on running DBFZ tournaments and casuals after Jan 26. Make sure to come by and sign up! It starts at 7:00 PM EST tonight! http://challonge.com/tournaments/signup/UFwSCpwrLT

@esrever will be streaming the fun as always at https://www.twitch.tv/macechist

We will still try and have a Rev2 Casual Fight Night during the week so come to our GB FGC Discord for the info https://discord.gg/VAZ5k8f

DBFZ is out for PS4, PC and Xbone! I thought organizing some GB Casual Fight Nights during the week would be a fun idea. @esrever plans to hold weekly tournaments for those interested. Currently PS4 is where he will be hosting casuals and tournaments. However if someone wants to host events for the PC or Xbone versions of DBFZ let me know and I can promote them here.

I want to emphasize that the tournament is not the focal point of all this. The casual play sessions are. The goal is to create an environment for those new and old to FGs to have fun and learn. Post here with your PSN/Steam/Xbone/Discord names along with your region and hopefully other like minded folks will do the same.

YOU MUST USE OUR GB FG DISCORD TO COMMUNICATE DURING TOURNAMENT https://discord.gg/VAZ5k8f

The rules are as follows.

@esrever will try to have Casual Fight Nights throughout the week.

The best way to communicate during these sessions is on Discord in the #dragon_ball_fighterz text channel. Using Discord is not mandatory for these, so if you would rather let your buttons do the talking it's all good. Hit up the Discord to find games when you are free and in the future we might revamp the Fight Night times.

We have a Discord for people on GB who play or want to learn more about FGs. For DBFZ all communication will take place in the #dragon_ball_fighterz channel. If you have a passing interest in any FG or want to watch an upcoming FG stream while chatting with GB people come on by. We have people of all skill levels that play a wide range of FGs. With that said we have gaps in what people play regularly. So if you're really into a fighting game that isn't getting much play on the discord, drop by, build the hype and teach us!

Sign up for tonight's tournament here, starting at 8:00 PM EDT! Last week another raffle giveaway materiliazed out of no where and I would like to thank all our great participants who selflessly give away such great prizes!

Sign ups for the next tournament this Sunday at 8:00PM EDT are up! Casuals will be starting at 8:00PM EDT tonight and all are welcome!

Check out @esrever stream here for all casuals and tournament action.

Our next tournament will take place Sunday, August, 27 at 8:00 PM EDT. Sign up here.

Well, that was quite a tournament! I had a lot of fun and hope everyone else who entered did too. Our next tournament will take place Sunday, August, 20 at 8:00 PM EDT. Sign up here.