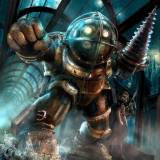 UPS and FedEx both use USPS for some deliveries. My company uses FedEx frequently and a lot of the shipments go through the USPS system at some point.

No joke. I gave the hell up on the "don't bump into anybody" nonsense. Horrible mission and when you have military guys blocking your route, there aren't great options.

however, the level of hand holding is hitting Final Fantasy XIII levels.

Well, FFXIII is literally the worst game ever about that particular thing. ACIII isn't as bad, but its sure as hell secured a number 2 spot. God. This game. Half the introduction could have been cut in half and nothing in the story would have changed.

If I play another "Walk slowly with this guy while he espouses dialogue" things, I'll throw my controller through the screen. It combined the worst parts of cutscenes with the bad parts of pointlessly wandering around. It does begin to open up...numerous hours later. But a game cannot be good if the first several hours are just not good.

I'm not getting glitches --- but I find the storyline unbelievably tedious and the lack of freedom for the first several hours is irritating. I get that this might be the most widely played of the Assassin's Creed series...however, the level of hand holding is hitting Final Fantasy XIII levels.

Speaking to GameSpot, Ross and Wolfkill said there is zero tolerance for Xbox Live players who are found to be making sexist or discriminatory comments against others, with a lifetime ban from the network as penalty.
"This is behaviour that is offensive and completely unacceptable. I'd like to think most of our Xbox Live players don't support this kind of behaviour."

I think if MS were serious about this, they would do a better job of policing xbox live. Right now it's a joke, and I can't stand to play without my voice chat set to friends only. Is there anything stopping MS from hiring somewhere between 20 to 100 people who get to play videogames all day and police the service? To prevent corruption, they could record chat and require proof before they take action. I know MS does keep an eye on things a bit, but it's clearly not enough, given the current ease of finding racism, homophobia, or other forms of hate on Xbox Live.

I also think lifetime bans for a paid service like this are ridiculous. Turning off your voice chat for a month or so would be much more appropriate, with more extreme punishments for future offenses.

There are how many millions of users of XBL at any time? Expecting them to hear everything said at all times in all sessions is a bit much.

Does anyone else ever get PMs from people advertising video game writing jobs? About once a month or so I get a message from someone claiming that they've read my stuff on the site and would like me to apply for a (usually non-paying) position. Typically they're sites I've never heard of, although they look somewhat legitimate (i.e. not a total scam).

Has anyone ever checked one of these out? I would assume that if you want a real job writing gaming reviews and analysis, it's a bit tougher than getting a random message from some unknown user on GB. Maybe someone who is an actual paid writer could comment?

Think Ryan seemed like a person without personality, while I found Biden brusque but likeable.

Also, I do not believe that conservatism is the way for America to become the greatest nation on earth again, you really need to renew yourself in order to stay on top. You cant just go back to ye good ol' and think all will be swell...

We've tried spending into oblivion. Didn't work out well for Greece, Spain, or ever increasing countries in Europe. Isn't working well in assorted cities in the US or states like IL and CA with so much in unfunded debt that they cannot hope to actually pay for it.

If you want to get reductionist: Those countries (and the US) was screwed up by following unchecked capitalism. The US has a large and diverse enough economy to absorb the huge amount of destruction of capital that happened while individual countries in the EU can not due to inflexible monetary policy. Ireland is a funny case where the public government decided to wholly take over failing banks which is frankly the right way to do it but the scale was larger than they thought. It wasn't that Ireland was spending like crazy on socialistic projects but they simply bailed out their failing banks. Iceland was a vicitim of an economy that is so tiny but was so swept up in currency speculation outside the country. One day the world was telling them their currency is hot and sought after even though no one wasy buying anything from Iceland, the next day they were trading it back. When Iceland went to creditors pointing this out, they didn't care so Iceland flipped them the bird so this is kind of the opposite case of the US where it is such a small economy they could handle it.

If you want to get reductionist again: The countries not in trouble rejected following unchecked capitalism. Canada, Germany, etc all have heavy government involvement in finance and largely avoided nasty things like bailouts.

You are right that one side clearly did the right thing here but I think you got the wrong side. As for the US, the money supply is as much of a strategy asset is weapons and oil. Do you honestly expect any country, let alone the US, to not step in and protect it?

Thing is, the EU tricks aren't working. They keep kicking the can down the road, but all of these countries still have the issues and leaks are appearing more and more. France is going to end up in trouble inside of 2 years. Germany is likely safe for a while, but only if they decide to simply STOP the bailouts completely and protect themselves.

In no alternate universe do the countries having issues have a problem with "unchecked capitalism". The US has a HEAVILY regulated economy (badly regulated isn't the same as unregulated). Hell, to be blunt, Canada regulates corporations less than the USA does. The belief that more bad regulations (since the regulations almost universally are bad and done solely to keep small players out of the market since it's easier to regulate a few large entities rather than a lot of small ones) will fix prior bad regulations seems to be the victory of optimism over logic. Dodd-Frank basically locked in several banks as being too large and vital to fail. That is a regulation that is simply horrendous and will do nothing to benefit people. We have a wealth of options to deal with disasters --- but we've had a long streak of them for the last few decades. The government cannot avoid the problems that the economy has. Nobody can. To try and do so is a waste of time and energy.

The US money supply is bloated as is and, quite bluntly, there will be the inevitable failed bond sale. Given that the biggest buyer of our bonds has been the Federal Reserve, we have issues. When that happens, the economy crashes. We cannot continually print money with nothing to back it up. In many ways, the US debt is a bigger problem than even the terrible debt of Spain, etc.

People who save their money are already getting screwed over 6 ways from Sunday. An economy with a currency that nobody wants to take tends to become nightmares (see Germany 1923, Zimbabwe today, Hungary WWII - 1946).

@MikeinSC: Kayfabe wise, Young is married to ODB. Although, that's never stopped TNA from doing something because they felt like it.

Indeed. Storylines don't seem to matter much. Though I like Sting being the rube again as Bully ends up turning.

Given that he has a little-watched TV show --- I suspect it'll be Eric Young.

Think Ryan seemed like a person without personality, while I found Biden brusque but likeable.

Also, I do not believe that conservatism is the way for America to become the greatest nation on earth again, you really need to renew yourself in order to stay on top. You cant just go back to ye good ol' and think all will be swell...

We've tried spending into oblivion. Didn't work out well for Greece, Spain, or ever increasing countries in Europe. Isn't working well in assorted cities in the US or states like IL and CA with so much in unfunded debt that they cannot hope to actually pay for it.