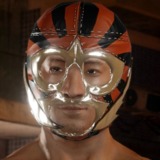 It really puts into perspective just how massive a company like Google is that they can shut down a thing they've spent tens of millions (maybe billions?) of dollars on, refund all purchases that were made, and just kind of... Keep going like that's just what happens on Thursdays.

It's great they're offering refunds but considering how money doesn't seem to exist for Google it does kind of feel like they're paying people to deal with their electronic/plastic waste more than anything.

I tried messing with it a bit. I'm also a big fan of Nioh 2, so I have high hopes for this. So far, I'm still stuck in that spot where I feel like I'm missing something.

It feels like Team Ninja wanted to do their take on Sekiro after Nioh was their take on Dark Souls, but relying on the the parry mechanic seems like the worst way to approach the combat in this demo. Maybe the timing or whatever will be tweaked before release, but even looking online to see if I was doing something wrong confirms that you're better off blocking or dodging attacks instead.

Which seems like a shame because without that parry I feel like the combat might be worse than Nioh? They replaced stance switching with magic and martial arts, but the effectiveness of those seems very hit or miss and I haven't found a good or satisfying flow that approaches how I felt in the Nioh games yet. Combined with the idea of being punished for dying even beyond losing your souls has me really hoping either I'm going about this wrong, this is a bad demo, or something big changes before release.

Should Cyberpunk 2077 have been a better cyberpunk fantasy? Sure, why not.

Is Edgerunners what the Cyberpunk team wants you to think of as they quietly move beyond having released a fundamentally broken game that continues to be busted in many ways even after years of fixes into a future of more content for that IP? Absolutely.

I can see where you're coming from with the comparison, but I think a big difference is that (at least part of) the FE audience is asking for and loving this shift towards more casual play that focuses on characters whereas Fallout 4 just kind of felt like an attempt to chase trends regardless of what what any part of the Fallout fanbase was really hoping for.

In fact, especially now that the newest Fire Emblem game has been announced, I am curious whether my gut feeling is correct in that the part of the FE fanbase that is into the visual novel/dating sim aspect of the series is only growing while the side that wants the crunchy/punishing tactics gameplay is slowly bleeding away as they search for that sort of thing in other games instead. I'm not deep in that community at all, but I wouldn't be surprised if that were the case.

Babylon's Fall is a tragedy. I almost feel bad for the team that worked on it. They had plans, and ideas, and even some tiny nuggets of potential, but it all got washed away in piss poor execution and a grim determination to force a GaaS on people.

I do think it's absolute bullshit that a full priced game that offered microtransactions is going to be rendered completely unplayable less than a year after release. I know this is probably an extreme case, but I am really not liking the looks of the online only future for gaming.

It looks good, and I'll probably end up getting it eventually.

That said, it is... Interesting to me that they seem to keep coming back to the nostalgia mine/the idea of new characters summoning previous characters into battle. Tokyo Mirage Sessions is the obvious parallel, but I'd say they're also doing it with the Fire Emblem Heroes mobile game that's still running. I don't know if that's a good or bad thing, but I do think its interesting how it's happened at least 3 times now.

As mentioned, the ease of sharing information is the key here. "Metagaming" has been around for decades, it's just that now with social media and streaming there's a whole cottage industry of dedicated communities and personalities churning out discussion and propaganda revolving around power gaming. You can try to ignore it, but at this point you almost have to go out of your way to do so depending on the type of game you're looking at.

This isn't necessarily a bad thing, since figuring out how to master a game has been a part of gaming for as long as gaming has existed, but as more people have grown up in a world where it is so easy to get access to these types of in-depth discussions and guides I do feel like there is a sort of consensus among a large number of players that there isn't really a good excuse not to know/follow the meta.

It's only really a problem when meta discussions turn around and adversely affect the game itself (Overwatch being the biggest example I can think of), but I will admit hearing people talk about games I want to play or re-play and having metagaming talk infiltrate even at a basic level does often dampen my interest. I don't think it's something that can or should be 'solved', since it's up to the Devs to decide how to make their game and the community to police itself. It kind of is just up to you to engage with gaming content and discussions how you choose. You might just have to either cut yourself off or deal with it at a certain point.

It's also possible that meta discussion can be a positive change. Overwatch is only the whipping boy here because the team behind it constantly chose to go down the most meta-heavy path to the detriment of everyone outside of that sphere. It's just as easy for a dev team to look at how people are playing a game and identify issues that are worth fixing or tweaking for the benefit of everyone.

I've been trying not to make this a thread of me just spamming info and news, but this might be the best place for this.

I guess it's part of upcoming content additions, in case you've been wonder whether it's ever been a better time to play PSO2 New Genesis.

I feel like this might be a victim of it's own hype for me. It's a fine game, but I can't help but focus in on the rough edges.

I've seen people compare the movement to Assassin's Creed a lot, but for me this is probably my biggest issue with the game. If it's AC parkour, it's still in the era of AC1, but also requires incredibly precise positioning in order to move to specific points. This leads to me feeling like the world is way more restrictive than it is, dampens the "cat feel" that should be the game's biggest strength, and ends up being incredibly frustrating as the game throws in enemies and puzzles later on. I struggled more than I'd like to admit due to incorrectly jumping or missing a platforming opportunity because I wasn't facing the exact right way to connect my little cat from one designated jump point to the next. I really soured on it the more I played.

I will say that I was honestly surprised at the amount of dialogue and the fact that there's an inventory and quest system. I'm not sure if I'd list it as a negative or positive, but there's more to this than jumping around as a cat. I do think your enjoyment of Stray will ultimately come down to how much you get out of the novelty of playing as a cat, though.