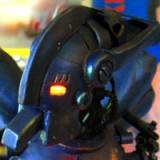 Adobe Flash soon to hit the gaming scene , in a big way.

Remember those silly browser games you've played for hours on end, but never gave them credit for being official games because they weren't a commercial product?
Yah those games....

Looks like Adobe plans to hit the gaming scene in a big way with their MoleHill Api. Some of the tech demos are already looking that of unity3D quality. The trick here is flash will finally be able to use your graphics card to crunch those polys. On top of that, theres talk into making the system compatble with XNA , iphone and other gaming platforms.

Video game companies have already jumped on board with their own samples.

Looks like the time of thinking as flash games as "not real games" is a coming to an end.

Flash Games Need some love to.

Though I'm sure most people consider flash games to be nothing more than just a  few minutes of deviation. Theres some people out there that try to bring at least console level of quality to those 3 or 4 minutes of  gaming  experience.  Granted most games aren't made with a team of 70, (in my case its usually no more than 3 people, artist, programmer, and musician)  theres still a few out there that really try and make it feel as though the only thing missing from said  Flash game is a console controller.

Anyways I think it would be totally neat if flashes games were reviewed the same way console or PC games have been.  More than like it would result in programmers trying to take the gaming experience to the next level, if they knew they would be judged accordingly.

edit this just in:  The Wiki of newgrounds will soon be deleted,  why?  well because none of the video games this site creates is considered a commercial product and therefor not worthy of being in the giantbomb database.   Interesting .


One of the biggest sources of gaming creativity on the web,  gets snubbed on giantbomb because they don't produce "commercial" games.   Despite the fact that Castle Crashers,  (one of the most popular XBLA games might I add)  started as a prototype at newgrounds under the game " Dad n Me" BY members of newgrounds. Its ignorant to consider newgrounds "just a site that hosts flashgames".  Its arrogant  for anyone, mod and staff alike, that have never picked up a pen to draw a sprite, or typed in a string a text to form  code, to then turn around and dictate to us, what constitutes as an official video game.


besides the behemoth wouldn't exist if is wasn't for newgrounds.

Newgrounds's Second Annual Tank awards will be on the 6th of march,  so Tom Fulp and I created this lil clip to celebrate the occasion.