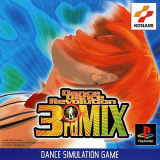 'Bout to go ham on all these DDR wiki entries.

One of my favorite things to see as a gamer is how "normal" people react to video games or the gaming community. So when I heard that the latest issue of The New Yorker featured an in-depth article that was just that, I had to pick a copy up for myself. The article, "Painkiller Deathstreak," is a great piece, not only because it's well written, but because it goes into great detail about things that we as gamers have taken for granted, like the glass of a riot shield realistically cracking under fire, or the button placement of a controller. Below is a point-by-point synopsis and a few choice excerpts from the article, if you can't get your hands on it yourself.

"There's a lot of face and neck stabbing, if you like to stab dudes in the face and neck," Ryan Davis explained on the Giant Bombcast. "There's one really good move where you will stabe a dude five or six times super quickly, shank style, like, uh uh uh uh uh, just jabbing--and that's oddly satisfying."


So that's about the gist of the article. Of course, this blog entry isn't a substitute for actually reading the piece, so by all means, take a look at the article for yourself. It's an interesting read.

Alright, I wrote a blog post. Can I have my points now?
3 Comments