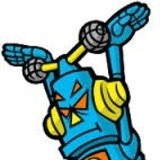 My impression from the trailer is that they're looking to get rid of the weights/custom moveset stuff they added in the 4th installment pertaining to Mii Fighters, which I'm not sure if that's exactly what you're referring to. I almost guarantee they'll allow you to use custom-designed Miis online, just maybe without weight/height playing a significant role in their stats.

1. A split between the Cyberpunk reveal and the Smash Ultimate infodump

2. It's my bias showing, but IMO it's a tie between Nintendo and Microsoft. Microsoft dragged on in the middle but had some really good reveals and gameplay snippets at the end, while Nintendo was short and didn't really have as much to present, but I was genuinely impressed and happy with pretty much everything they showed off.

3. In no particular order:

I've been making my way through Kingdom Hearts 1.5 + 2.5 HD on the PS4 to gear up for Kingdom Hearts 3. Right now I'm nearing the end of Re:Chain of Memories, and as someone who isn't super into TGC systems the late game has been rough for me. I've pretty much just been spamming sleights and elixirs to get my way through the last few dungeons and fights and it's super draining.

Some have come close, and I'd argue that there are some really good Top 10 contenders for this year, but I haven't been absolutely blown away so far. Hopefully Mario Odyssey changes that, but we're still a bit removed from that one.

My top 5 games for reference are:

From what I've seen, Platinum Games is pretty consistent with making new titles. They have their fair share of sequels but a lot of their titles are unique, like The Wonderful 101 and Vanquish.

All this melodrama just because your definitions of what makes a console a financial under-performer don't align with some people on this website?

Neither I nor any of the rest of us are trying to be rude or anything, but if I'm being honest, maybe the sarcasm isn't so much stemming from general apathy as it is in regards to your standoffish and absurdly defensive commentary towards others' observations.

Hmm, reminds me a lot of that other first-person turn-based dungeon crawling RPG with 'Grim' in the title. That's had two games released by now.

I don't know about the shady developer business but I still don't really see at face value why I should buy into this over other similar games in recent years.

Shops are a good gameplay element.

Oh, I'm not trying to argue that shops aren't a good gameplay element. I've never had a problem with that. I'm just saying in the context of the urgency of certain situations in some games, it seems really shitty that people who want the world/hometown/galaxy/whatever saved as much as you do put making a quick buck as a higher priority.

I think another example that sticks out like a sore thumb to me is Killing Floor's trader. Why doesn't the paramilitary group just equip their strike teams with the best weapons instead of just sending them into hellspawn nests with nothing but a dinky pistol? I guess there's a couple explanations - maybe it's a sick and twisted way for them to 'prove' them that they're capable of handling the threat at any cost, or maybe they're in short supply and the trader is divvying the gear evenly so it isn't wasted, but... I don't know, these just seem kind of flimsy. I get that those games aren't really meant to be taken seriously either, but it's still funny to me.

In RPGs I often think of it as if the shopkeepers and the like don't actually believe that you're the chosen one. It's frequently clear that the populace doesn't fully believe in you because many people try to get in your way or stop you. Maybe the shopkeeper isn't going to send guards after you like a scheming lord, but he isn't necessarily going to give you stuff for free just because your companions think you're the chosen one. He probably sees 10 "chosen ones" a week!

That doesn't necessarily apply in something like Zelda: Breath of the Wild, where pretty much everyone acknowledges Link as the best chance to fight Calamity Ganon. Even if some shopkeepers don't believe in him you'd think other people would pool some cash to buy him some damn arrows!

I suppose so, but again, I think it really depends on the context of the story. Maybe Skyrim is a little more lax in this regard, but like you mentioned, the commonfolk pretty much witness firsthand Link's conquering of the divine beasts, and with my Xenoblade example, practically everyone knows of Shulk's ability to wield and contain the powers of the Monado - maybe not to the degree of previous owners right away, but it's still the sword that's slept for hundreds of years - and I suppose not every NPC has heard from word of mouth about his deeds, but it's funny to me how NPCs that are definitively allied with you still charge you, such as the soldiers in Dickson's battalion that sell you the equipment that you need in order to damage Mechon, while in one of the Mechon's largest strongholds.

I'm in a really similar boat. It sure looks pretty, but... honestly that's about all I think it has going for it. I wasn't too enthralled by the lackluster gameplay, the drab design of the overworld and dungeons, and the long exposition crawl you have to go through before the meat of the game really begins.

Compare that to another game that I've really been enjoying, Hollow Knight, and the game just dumps you right in, has solid controls that feel great and a more intriguing gothic atmosphere in its setting with vibrant lush areas interspersed here and there.

Crazy to me how this game used to be sold for just 5 bucks a couple years back, and now it's releasing for full price at 35. I guess with the addition of a lot more content it makes sense, but with Early Access being the gamble that it is nowadays, it's neat to see an investment pay off like that.

I haven't touched the game since its release but I remember having a great and intense time with the survival mode even in the early stages of its development.